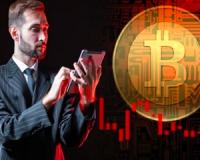 Canada has recently been the centre of mainstream cryptocurrency adoption.

And no, I'm not talking about the Canadian Government, banks or financial institutions.

It's all got to with a professional hockey team's latest sponsor...

Founded in 1909, the Montreal Canadiens is the longest continuously operating professional hockey team in the world. They were even a founding member of today's National Hockey League (NHL).

So they're a huge cornerstone of hockey's "old guard." But its newest partnership is anything but traditional...
________________________________________
Goldman Sachs is has joined the Crypto fan club – Now think about this
As soon as this announcement went public, our systems began pinging buy signals on a whle bunch of crypto alt coins.
In particular three of them are giving a HUGE buy signal - and if you want a shot at gains up to 20X BIGGER than Bitcoin in the coming months...
Then you need to take a read here now.
________________________________________
Hockey and Crypto
Last week, the Canadiens announced that cryptocurrency exchange Crypto.com would be its newest on-ice sponsor. Under the agreement, Crypto.com's logo will be displayed near centre ice of the Canadiens rink, according to CoinDesk.
So the thousands of people watching the Canadiens' games on TV will now get subtle exposure to cryptocurrencies.
We've been talking about how cryptocurrencies have seen increased adoption for months. Whether it be traditional investors (like Paul Tudor Jones or Stanley Druckenmiller) or multibillion-dollar corporations (like Square and Tesla), more people are seeing bitcoin as a viable investment and store of value.
And this move to mainstream doesn't stop with the Crypto.com...
________________________________________
In Jan and Feb 2021 Pickpocket Traders had 4 out of 4 winning trades!
And they are closing in on their fifth as I write.
Start your risk-free 90 day trial today so you don’t miss out on the next great trade!
________________________________________
Two of the largest investment banks in the US are in
Morgan Stanley recently announced that it would offer its wealthier clients the opportunity to invest in bitcoin funds. Morgan Stanley will offer this service to clients with more than $2 million held at the firm that have "aggressive risk tolerance."
This is significant because it would make Morgan Stanley the first large financial institution to offer cryptocurrencies (specifically bitcoin) to its clients.
Morgan Stanley competitor Goldman Sachs recently restarted its bitcoin trading desk, and the investment bank has seen strong institutional demand so far.
Coupled with retail investor joining in, the overall demand for cryptos is booming!
According to data from digital asset manager CoinShares, the first quarter of this year has already seen the largest ever inflows into cryptocurrency products...
$4.2 billion flowed into cryptocurrency funds and products so far this year – beating the previous record of $3.9 billion set last quarter.
Also, total assets under management in the space also rose to a record high of $55.8 billion.
Now one could say this is a sign that crypto markets becoming "frothy". Bitcoin's price is notoriously volatile, and large price swings could shake out any risk-adverse retail investors. But in my view, the moves from established financial institutions should provide some stability for markets. These types of investors aren't prone to quick selling.
We can see this over the past 3 months, where Bitcoin hasn’t crashed as much as it has in the past. We used to seeing Bitcoin crash 40%, even 50% in short periods. That hasn’t happened in a while.
What’s more, as cryptocurrencies hit the mainstream, it will pull in more and more investors in the institutional class. This should support a move higher in bitcoin.
So Crypto.com's new advertising partnership (and acceptance from Morgan Stanley and Goldman Sachs) are only the latest signs of the mainstream adoption...And it’s only the start of a trend that will get bigger.
See you next week.
Joshua Benton,
Managing Editor, The South African Investor
Tags: joshua benton, investing, crypto, bitcoin,

A crypto tipping point for mainstream adoption?
Rate this article
Note: 4.5 of 4 votes