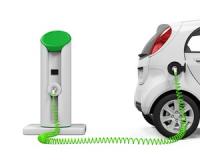 Electric cars have been the only answer to reducing the world's dependence on oil and reducing carbon emissions.

China specifically has led the charge in electric car sales in an effort to reduce its smog ridden cities.

This has seen electric car sales in China surpass 1 million cars a year.

Expectations are that China alone will sell more than 1.8 million electric cars in 2019 - but the total new vehicle market in the country is over 26 million cars a year! So there's enormous room for growth.

But now there’s an alternative to battery operated electric cars rising from nowhere…
The market has largely ignored this opportunity – but things are about to change.
Hydrogen fuel cells could provide a challenge to battery cars
Hydrogen fuel cells make use of platinum electrodes that can turn hydrogen and oxygen into water – releasing electricity in the process.
This means that a car can have a single fuel source – hydrogen – and only needs to add air to it to run. Exhaust fumes are water vapour!
The efficiency of these fuel cells means that less electricity is lost during the process than with batteries.
It also means cars typically have a slightly larger range before they need refuelling.
The biggest hindrances though are the infrastructure for hydrogen that is a bit more expensive than for battery car charging stations – and obviously safety concerns surrounding pressurised hydrogen in cars.
But this is again countered by much faster filling time, compared to charging times on batteries. Not to mention that batteries have a limited lifetime…
Massive investments in fuel cells will see them rise in popularity
In April 2019 Korean carmaker Hyundai announced a $6.7 billion program to raise production of fuel cells 200-fold going from 3,000 this year to 700,000 per annum by 2030.
Similarly, at the 2019 Geneva Motor Show Audi announced that it would be increasing investment in fuel cell technology. According to Chairman of Audi’s board, Bram Schot, scarcity of raw materials for batteries and increased supply will eventually push any automaker serious about electrification toward hydrogen as a fuel source stating “at the end of the day, batteries are not sustainable enough — it is sustainable, but if you want to go all the way, you need fuel cells.”
Then there are companies like the Zhongtong Bus Corp in China that are rolling out 2,000 hydrogen powered buses.
Or the State of California in the US that already has 39 Hydrogen filling stations!
And Bosch, the world’s largest car parts supplier has also announced plans for the large scale production of fuel cells.
The company partnered with Swedish based Powercell and says it will have an affordable fuel cell system on the market by 2022.
Recommended
________________________________________
Earn yourself a comfortable second income
and beat the market!
Our elite trading analyst Timon Rossolimos has earned our members 217.91% in gains in just over a month.
You won’t find a winning service like this anywhere else.
Click here to become a member of this ELITE SERVICE.
________________________________________
Fuel cell use has started to see wider adoption
Japan currently has 96 hydrogen filling stations – with Germany at 60.
But Germany is fast increasing its support of the technology with a further 38 planned as we speak. And Germany launched the first Hydrogen powered train in 2018.
The Coradia iLint trains can run for about 600 miles (1,000km) on a single tank of hydrogen, similar to the range of diesel trains. This is something a battery powered system is unlikely to ever achieve.
Other countries looking into mimicking the same system for hydrogen trains include.
Britain, the Netherlands, Denmark, Norway, Italy and Canada. In France, the government has already said it wants the first hydrogen train to be on the rails by 2022.
Simply put – hydrogen fuel cells will certainly be part of our future. I don’t suspect there will be a situation of ONLY hydrogen or ONLY battery systems winning. We will see cars with both fuel cells and batteries going forward.
The positive from this is that there will be increasing demand for platinum as these fuel cells use platinum as a catalyst. This means the end of internal combustion engines doesn’t mean decades of declining platinum demand as previously feared…
The hydrogen economy will give rise to many new investment opportunities. Think of new filling stations, increased platinum demand and new mines coming online, new factories for producing these cells and so it goes on. You just need to keep your eyes open.
Here’s to unleashing real value,