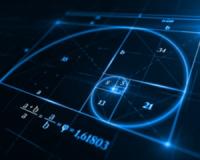 In 1884 gold was discovered on the Witwatersrand by a prospector. Then in 1886 another prospector discovered a larger reef on the farm Langlaagte, registered it with the South African government and sold his claim for 10 pounds!

News of the gold spread, Cecil John Rhodes rode from Kimberley to the Witwatersrand and purchased the first batch of Witwatersrand gold for £3000!

And with that began a gold rush that changed the face of South Africa forever.

Johannesburg was founded and within 10 years it was the largest town in South Africa. New industries to service the gold industry saw light - including the rail industry. Demand for coal shot up. Property prices boomed as a new class of wealthy miners shot up.

And once again, I believe South Africa could be on the cusp of a new ‘gold rush'.

And it could be just what our economy needs to jump start growth and employment. Here's how…
________________________________________
"The ONLY strategy you need to help you secure
a wealthy retirement"
If you're investing for the future… earning R10,000 or R100,000… retiring in a few years or in 25 years' time…
This is the ONE wealth-building strategy that can help you build a significant retirement fortune.
In fact we think this will have such a big impact on your personal wealth…
We'll let you try it out for six whole months under no-obligation.
AND take more than R400 off the normal price.
Click here to find out more…
________________________________________
How will this new ‘gold rush’ start?
This new ‘gold rush’ won’t be in the mining industry. It is the start of an entirely new industry.
I’m talking marijuana.
Now I’m not raising my opinion on the recreational use of marijuana, nor giving medical advice as to its efficacy.
I’m talking finance.
And the financial upside of this industry to South Africa is massive…
The very first license to produce medical cannabis was awarded to a company called House of Hemp in April this year.
You can see them as the ‘prospectors’ opening up the industry to the broader market.
This license now makes it easier to do research on the plant, and to explore the medical virtues of it.
House of Hemp hopes to provide in depth data on how cannabis should be used to treat various conditions including data on standardisation and proper scientific formulation, dosage requirements and combinations of cannabinoids for medical purposes.
Afriplex, the backer of House of Hemp, has already developed four other Active Pharmaceutical Ingredients (API’s) that are proudly South African and popular in international markets. The company is responsible for popular weight loss aid Herbex.
Recommended
________________________________________
Your chance to win on the ICC Cricket World Cup 2019!
Every day thousands of punters are looking for the perfect bet in sports betting! Most people think winning bets is down to blind luck.
And I get that.
But while there is an element of chance involved, the really, really great tipsters out there spend their time analysing hundreds - sometimes thousands - of pieces of data.
Then, that data is collected, collated and analysed.
It's pretty much a full time job…
And the hard work really pays off.
Take this guy for example…
He's produced winners of up to R1,240 and even a whopping R1,870.
Every Friday evening he sends his readers simple, step-by-step instructions on what bets to place.
In short, it couldn't be easier for ordinary people like you to take advantage of this.
Overall, this trends expert lands a profit in around 67% of his bets.
Don’t miss this opportunity to get in on this betting strategy for the 2019 ICC Cricket World Cup.
________________________________________
The South African cannabis market is set to soar
Whether it is legal or not, we all know there’s a lot of cannabis growing in South Africa. According to United Nations estimates, Africa produces more than 38,000 tonnes of cannabis a year.
But legalisation of the industry could prove a major economic boon.
A marijuana consultancy company’s research points out the cannabis industry could be worth R27 billion in four years’ time. That’s from ZERO to R27 billion in FOUR YEARS!
The current value of the worldwide medical marijuana market is around R120 billion, and it is estimated to grow to R400 billion by 2024. Illegal marijuana sales were estimated at $50 billion in the USA alone! Legalising that could formalise the industry and create massive job growth.
With affordable land, low-cost labour and an experienced agricultural workforce, Africa (and South Africa especially) offers enormous opportunity to local start-ups and foreign companies looking to expand.
I myself met with an agricultural economist advising farmers in the industry during their licensing process.
Current estimates are that a R40 million start-up farm could pay itself off within a single harvest… If greenhouses and lights are used for growing, farmers could produce up to 3 harvests a year!
Marijuana Business Factbook estimates the legal-marijuana industry's economic impact in the US was between $20 billion and $23 billion in 2017. It estimates the economic impact could reach as high as $77 billion by 2022.
Estimates are the marijuana industry would grow to at least 330,000 jobs by 2022 in the USA alone, a higher number than the 268,000 employees at US steel and iron mills.
Simply put – the industry poses massive opportunity for the SA economy.
In the past six months alone, there were 10 IPOs of cannabis companies in the USA and around 42 more are planning to list on stock exchanges by end of 2019.
Imagine the possibilities for SA as this happens here in the coming four years!
As new markets open up abroad, we will be able to export to any country that is legally allowed to buy the product. As demand grows, so will the economic development opportunities and the profit potential.
There aren’t opportunities to profit from this yet on our own stock market (other than Anheuser Busch which is looking to make a foray into the industry). But the opportunities are not far away – especially now that the first license has been awarded by government…
Here’s to unleashing real value,

A new R27 billion ‘gold rush' could start in South Africa within four years!
Rate this article
Note: 4.5 of 12 votes