by Joshua Benton, Editor, The South African Investor, 06 May 2019 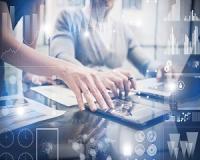 It's no secret that the marijuana industry is one of the hottest and fastest growing sectors right now.

Despite the massive growth, a big challenges exists…

Marijuana is still illegal on a federal level. However, this isn't stopping US states from legalising medical and recreational marijuana.

Right now, 10 states and Washington, D.C. allow recreational use of marijuana. An additional 23 states have approved its use for medical purposes.

And more states are coming around. This is just one reason why full legalisation in the US is only a matter of time.

Today I want to share the two more significant reasons why we could see full US legalisation sooner than you think...
Recommended:
________________________________________
On behalf of our Board of Governors, I’d like to invite you to join The South African Investor
Our aim is, quite simply, to protect and expand your personal wealth through the traditional methods of making money…
However, I have to tell you upfront: at our last Executive Committee meeting, our members proposed 1,000 nominees for membership. The reality is, though, we can only accept 275 new members this year. We have to limit numbers, and you’ll soon see why…
________________________________________
#1: Fees and taxes on marijuana generates hundreds of millions for US states
The first US states to legalise recreational marijuana were Colorado and Washington.  In 2017, they collected taxes and fees totalling nearly $250 million and $320 million, respectively.
Meanwhile, Michigan – which legalised marijuana in December 2018 - taxes recreational cannabis at a 10% rate.  Although it’s still early, the state estimates the tax revenue alone will bring in $738 million over the next four years.
But here’s the real kicker…
New Frontier Data, an independent analytics company specialising in the cannabis market, estimates that if cannabis were legal for adult use in all 50 states, the industry could bring in nearly $132 billion in federal taxes by 2025.
Cannabis is proving to be a huge potential source of revenue for state governments across the country. And the extra money it could generate the US federal government is too attractive to ignore.
#2: Jobs, Jobs, Jobs
In 2017, cannabis manufacturers and distributors, on both the recreational and medicinal sides, saw a 21% increase in job growth.
In 2018, it rose 44%, which is equal to around 64,289 new positions, according to a report compiled by marijuana industry site Leafly and consultancy group, Whitney Economics.
In total, there are 211,000 number of jobs directly related to the marijuana industry.
And here’s there interesting thing…
At 211,000, jobs in the marijuana industry now outnumber other more mainstream occupations. For example, there are around 131,430 chefs in the US and 65,760 aerospace engineers.
New Frontier Data estimates that by 2025, the industry could add more than 1 million jobs in the US. On average, that’s over 160,000 jobs per year, which is 100,000 more than 2018’s total.
The fact is, jobs are just what the US government wants and needs to boost economic growth.
Must see:
________________________________________
Earn yourself a comfortable second income and beat the market!
Our elite trading analyst Timon Rossolimos has earned our members 217.91% in gains.
You won’t find a winning service like this anywhere else. Click here to become a member of this ELITE SERVICE
________________________________________
Finally, investors will continue to pile money into the industry
Many people are now rethinking everything they once believed about cannabis. Today, the benefits this industry brings outweighs the negatives.
The market is becoming huge, support for full legalization in the US is gaining traction and investments into the industry are soaring.
In 2018, investors invested $10 billion into the North American legal marijuana industry. This is double the amount invested in the three years prior. This year, investors could funnel more than $16 billion.
That’s why, investors looking to make big money, should not ignore the marijuana industry.
In the South African Investor, our panel of investment experts identify profit-opportunities from offshore companies in booming industries like energy, artificial intelligence cyber security, marijuana and blockchain to name a few. You can find out more here.
See you next week,

Full marijuana legalisation in the US could come sooner than you think - Here's why
Rate this article
Note: 5 of 2 votes