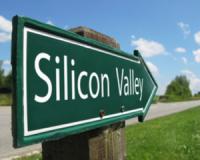 Have you ever heard of the hit US comedy show called Silicon Valley?

It's centred around five “geeky” guys who develop a start-up
company in the hopes of striking it big in Silicon Valley.

If you're into tech, this is a TV show you should definitely be watching.
It's not a serious show, but this last season in 2018, Silicon Valley predicted a major development in the world of crypto.

Let me explain…
You may be interested
________________________________________
How to generate a R700,000 windfall starting with R10,000 using the oldest wealth trick in the world
This wealth secret is the most powerful force in finance. It’s the force behind almost every fortune. The brilliant financial writer of the Dow Theory Letters, Richard Russell, called it “The Royal Road to Riches.” And it’s been mathematically proven time and time again as the #1 ’how to get rich quick’ trick in the modern world.
Even Einstein joked that it is “the most powerful force in the universe.”
And in my brand new book, The Little Book of Big Income – 7 Filthy Secrets to Get Rich Quick, I’ll show you how to use it to turn R10,000 into more than R700,000 on page 11.
But you must act fast…
My publisher is only allowing me to give away 300 hundred copies as a special launch offer,
Claim your free copy of Little Book of Big Income here
________________________________________
The “51 per cent” attack explained
In the season finale of Silicon Valley, the gang experienced a “51 per cent attack” against their company.
Exponential Investor Editor, Harry Hamburg described it as:
A 51 per cent attack is when one person or group of people take control of a crypto’s network. This then lets them break the network and steal money. A whole lot of money.
Interestingly, in May this year, a hacker made off with $18.6 million of Bitcoin Gold.
Hacking for cryptos is nothing. We’ve seen plenty of stories of exchanges being hacked. But the way this hack was carried out, is very new. And it’s entirely repeatable.
Harry explains,
In crypto there are a number of different ways you can keep your network secure. But the most popular is by proof-of-work (POW).
Basically, computers (called miners) work on a hard maths problem and the first one to solve it gets rewarded in bitcoin. When the puzzle is solved, it creates a block of data which contains all the transactions on the network since the last puzzle was solved. That block is then added to the previous blocks and it forms a chain of blocks, or a blockchain. And this blockchain is the record of all the transactions on the network. Now, here’s where the 51 per cent attack comes in.
If you can make/buy/steal enough computing power, you can take control of the whole network and create your own blockchain. The reason it is called a 51 per cent attack is because for it to succeed you need more than 50 percent of the total computing power of all the miners on the network. You get to decide which transactions stay on the network and which ones are erased.
So you can send crypto A to an exchange, trade it for crypto B, withdraw B and then reverse the transaction when you sent crypto A to the exchange. You now have your original amount of crypto A and the crypto B that you traded it for. This is how hackers stole $18.6 million of Bitcoin Gold in May. There are more steps involved, and it is more complicated than this in real life. But that’s the gist of how it works.
Why 51 per cent attacks don’t happen very often
The thing with this sort of attack is it rarely occurs. The reason being is it’s excessively expensive.
You see, as a crypto network grows, you would need more and more computing power to perform a 51 per cent attack on it.
So for major cryptos like Bitcoin or Ethereum, it would be too costly. However, for smaller cryptos, it’s remarkably cheap.
In the wake of Bitcoin Gold’s 51 per cent attack, a Reddit user created a website that calculates how much a 51 per cent attack costs on various cryptos. The important column here is the last one called “NiceHash-able”. Basically if that’s over 100 per cent, it means you can simply hire the computing power using the website NiceHash.
This makes the whole thing so much cheaper and easier for the attackers because they don’t even need to buy any hardware to perform the attack.
An attack on a crypto that has under 100 per cent in this column will be much, much more expensive than the 1hr attack cost listed.
For example, you could effectively take control of Bytecoin, a $1.1 billion crypto, for just over $1,000 an hour.
**********2018 FIFA Soccer World Cup*************
Your chance to win 5 out of 8 bets
Every day thousands of punters are looking for the perfect bet in sports betting! Most people think winning bets is down to blind luck.
And I get that.
But while there is an element of chance involved, the really, really great tipsters out there spend their time analysing hundreds - sometimes thousands - of pieces of data.
Then, that data is collected, collated and analysed.
It's pretty much a full time job…
And the hard work really pays off.
Take this guy for example…
He's produced winners of up to R1,250 and even a whopping R1,750.
Every Friday evening he sends his readers simple, step-by-step instructions on what bets to place.
In short, it couldn't be easier for ordinary people like you to take advantage of this.
Overall, this trends expert lands a profit in around 50% of his bets.
Don’t miss this opportunity to get in on this betting strategy for the 2018 FIFA World Cup Soccer.
***********************************
The #1 solution to stop these attacks happening
Smaller cryptos that use a POW system is very bad news. In the same week that Bitcoin Gold was hacked, Monacoin was also subject to a similar attack, and it cost the network $90,000.
So the best solution would to be for smaller cryptos to use a proof-of-stake (POS) system instead of POW.
Harry Hamburg explains why POS system is the solution:
In order to sabotage a POS system, the attacker would need to own a huge amount of said crypto. As long as that crypto had been distributed fairly in the first place, this would be a hard task.
It’s a lot harder to buy up a niche crypto than it is to simply pay to rent computer gear. Especially if there are people committed to keeping the network secure, who already own a lot of the supply.
There may not even be enough of that crypto out there on exchanges for someone to buy up and launch an attack. And, in a POS system, if you do something malicious – like trying to reverse transactions – you lose your stake. So the attacker could lose a whole lot of money and end up with nothing.
Even if they succeeded once, they would likely lose a lot of their crypto in the process. This is why many people believe POS is a more secure system than POW, and one of the many reasons Ethereum is switching over from POW to POS.
As I said, there is no perfect system. But POS seems to be a better solution in most cases.
If you’re read this far, I think it’s fair to say you have a decent interest in crypto. We got a bit technical for a while there.
But to bring it all back to what happened on Silicon Valley…
In order to secure funding for its “new internet”, the team decided to create a crypto and do an initial coin offering (ICO).
Its competitors then realised they could perform a 51 per cent attack on the team’s crypto and take control of its company. That episode aired at almost the exact same time the Bitcoin Gold hack happened – which was a great example of life imitating art.
See you next week.

Joshua Benton, Managing Editor, The South African Investor
P.S. If you’d like to know which cryptos will go on to change the world and make people who own them a lot of money in the process, then I urge you to read this now


How a hit comedy show predicted a new way to steal your cryptos
Rate this article
Note: 5 of 1 vote