How to avoid optimism bias in betting and why? 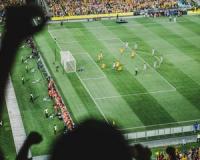 Optimism is a great trait to possess in life, as it makes living in this world a lot easier and a shade brighter.

Would the world not be a better place if more of us took an optimistic approach to life?

However, when it comes to betting, your happy go lucky, optimistic nature can turn into a big burden and affect your betting performance for the worse.

The fallacy that is optimism
Optimism bias is the belief that you are much less likely to be effected by negative events compared to other people.
I don’t know if you recall ‘the secret’?
It was a movement that went around the world that basically says “if you put positive energy out into the universe the universe will reply with a positive outcome”
This is complete and utter bull sh#@t, if you ask me.
Just being optimistic in your bets is not going to have the universe magically grant you with a successful outcome.
Everybody wants to be the cancer free smoker
The classical example of optimism bias is that of the grandfather/ mother who smokes two packs a day since they were 15 and still have no cancer.
I’m afraid that is not an argument, as they are the exception and not the rule.
So don’t get it twisted the next time someone tries to pull that out as their defence.
Optimism bias has four major elements, each with their own degrees of importance.
From a loyal member:
“I have found your advice and guidance extremely interesting and helpful. In the beginning I was a bit scared to follow your buy-ins but after researching it I was very impressed at how spot on you were.”
- Travis,
Find out more here


Four elements of optimism bias
#1 – finding reasons to suit your goal
We all have goals as sport bettors, with the majority being financial gain.
However, when researching and writing your tip analysis for your chosen bet, bettors will usually look to arguments that support their decision.
But, you should however be looking at arguments that counter your decision, arguments that ask valid questions. This is how you judge your decision as objectively as possible.
Your intuition however, will force you to look for more facts that support your bet, and lead you from consistency just for the sake of supporting your own argument.
And this is why statistical betting models and tools play such an important role in your research. Statistics forces you to input objective facts in order to establish a consistent relationship between objectivity and just pure facts.
This is where the less experienced bettors will stumble and not place enough weight on opinions and facts that argue against their bet.
#2 - Control and the illusion of it
Control feels great, and it’s this feeling that can lead you to optimism bias.
Driving is a classic example of control and the illusion it possesses as we feel like we are in control when we are behind the wheel, however even the best drivers are still at the mercy of the unpredictability and the illusion they think they have.
However good you think you are, and you might even be great!
You are still undertaking a huge risk as the underlying cause may come from other drivers! – Whose behaviour you have no control under.
Makes you think right?!
Overlap the topics of driving and betting together and you’ll see that in the end you only have the illusion of control.
For example in soccer, there are a number of things that can steer a game into another direction, things such as:
~ Red Cards
~ Referees and the bad calls they make
~ Shots off target
~ Deflected shots
~ And much more…
For combat sports you are faced with other obstacles:
~ Bad judges
~ Early stoppages from referees
~ Commissions
~ Various organisations and their rules
~ And much more…
As you can see, each sport comes with its own challenges, milestones and changes.
While you think you are in control, these are the elements that are sometimes unpredictable but with time will form part of your decision making process.

Copy this approach and you could turn R10,000 into R1.34 Million!
#3 – You are never objective
Much like a car, your optimism needs fuel.
And it is fuelled, in some part by cognitive fallacies, such as representativeness heuristics.
Which in essence means we make comparisons based on general stereotypes.
Such as when asked:
“Are you a better driver than the average person?”
A study found that an astonishing 90% of people think that they drive better than the average person.
Now this is mathematically impossible?!
And detrimental when betting, as this leads you to not think on the important details mentioned in element #2.
Each sport has certain aspects – unknown to the public – that you need to pay attention to!
And unfortunately, I don’t have a list for each sport – I’m still working on it so give me some time.
Moving on to the next.

Do you enjoy sports? Next time you're on the couch watching the game - I'll show you how to make money


#4 – Self vs Target
It’s alright to assume you know far more about yourself than others. At the same time, however we treat information we don’t have as if it never existed.
An example, would be the horrific incident that happen last year in Vegas. Before that incident happened, no one would have anticipated an attack of that magnitude.
Another example would be Leicester winning the English Premier League in the 2015/2016 season.
What does this have to do with betting?
Well, inexperienced bettors will typically have a deep knowledge and understanding of only a hand full of teams in a particular competition. Usually this is their favourite team - which they will have a biased opinion on and an emotional attachment.
So, while you are a huge fan of your team and know all their strengths and weaknesses, it’s likely that you are unaware of the opposing team’s threats.
Overcoming this is just a matter of putting in the effort of getting to know the opposing team just as well as your own.
You’ll gain a greater perspective on what and who you’re putting your money on.
Tags: sports betting, how to make money from sports, sports strategies

How to avoid optimism bias in betting and why?
Rate this article
Note: 5 of 1 vote