IOTA's next step to greatness? 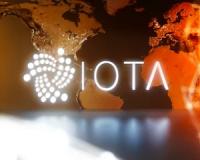 Earlier this year, I wrote about IOTA's Coincide project, which will essentially solve the crypto's “centralised” problem.

You see, up until now, IOTA relied on something called the Coordinator, which ensured its network ran smoothly and efficiently. By using the Coordinator, IOTA wasn't truly decentralised as cryptos were set out to be.

Two weeks ago, IOTA announced that specifications for its Co-ordicide project were close to completion and ready to go to development.

But this wasn't the most interesting part of the announcement…

Sam Volkering says a new crypto boom is set to unfold.
Is he out of his mind? Or could he be on to something?
Josh Benton has the answers
CLICK HERE to read his latest findings
________________________________________
Introducing IOTA’s “Chrysalis” Project…
Chrysalis upgrade is intended to bring the IOTA network to a level where companies can introduce IOTA’s Tangle technology and develop applications based on it.
To achieve this, a new strategy has been developed to meet the needs of the industry and existing partners.
Jakub Cech, Head of Development at the IOTA Foundation, stated:
The IOTA mainnet has been operational since 2016 and so defining a new engineering strategy involves adapting our assumptions to industry feedback and demands. It also involves making difficult decisions to discontinue or redefine certain projects that are no longer feasible or relevant. At the core of this new strategy is an exclusive focus on technologies that will see adoption within a 2-year timeframe.
Simply, the goal of the IOTA Foundation is to “successfully specify, implement, test and upgrade IOTA mainnet and related technologies to this new version of the protocol in the next two quarters”.
Chrysalis will do “most of the heavy work and migration for token holders” to achieve a smoother transition between Chrysalis and Co-ordicide.
And the best part is …
________________________________________
Here's the PROOF: This recently made R8,848 in just a month (Since the COVID-19 Lockdown)
________________________________________
Chrysalis will bring four key benefits that will facilitate the adoption of IOTA Tangle technology
Namely…
1. A simpler transition to Co-ordicide.
2. A significant performance improvement in the form of scalability to several hundred transactions per second (TPS).
3. Improved developer friendliness.
4. Accelerate business readiness of IOTA.
Due to the complexity of the upgrade, the implementation of Chrysalis will be done in two phases: Phase 1 will be ready by early July, phase 2 by end of October
Ultimately, Chrysalis will be the most comprehensive upgrade for IOTA to date, which will pave the way into the industry, as Jakub Cech concluded:
Chrysalis is the most promising series of upgrades made to IOTA yet. It is a major step for our enterprise-readiness, with increased transaction throughput, network stability, improved usability, and enables new features and use cases. The upcoming weeks and months are some of the most exciting in IOTA’s history. We are on a clear path towards IOTA’s adoption as an enabling technology for IoT and beyond.
Jakub Cech is not the only one who’s excited about IOTA’s next step to greatness…
Last week another leading figure from the IOTA Foundation further fuelled the hype about Chrysalis. Hans Moog, developer at the IOTA Foundation, explained that the introduction of Chrysalis will make IOTA not only the fastest but also the safest Distributed Leather Technology (DLT)!
And this is just one reason why IOTA is one of my top cryptos to buy right now. It’s also seen a 40% increase this year – outperforming most asset classes.
See you next week.

Joshua Benton,
Managing Editor, The South African Investor
P.S. My other top crypto king to buy today is already up +83% in 2020 alone – find out why this is only the beginning of big returns…
Tags: joshua benton, crypto, bitcoin, crypto currency, iota's coincide project, iota,

IOTA's next step to greatness?
Rate this article
Note: 4.44 of 8 votes