Is Bitcoin really the answer? 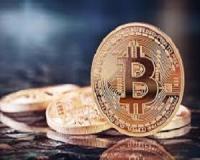 As I write to you, I'm still working out of the MoneyWeek offices in London. Yesterday I had a chat with two of my colleagues there, Dan Denning and Nick O'Connor.

Anyway, back to the chat I had with Nick and Dan. We spoke about Bitcoin.

If you haven't noticed Bitcoin has been on a good run in the past few months. The price of a single bitcoin recently touched $500 - three times higher than it was in August.

The reason why I'm mentioning Bitcoin today is many of you MoneyMorning readers have a keen interest in Bitcoin. You want to know how to invest in it and, if it's worth adding to your portfolio.

So when they told me about Charlie Morris, the resident MoneyWeek Bitcoin expert and the research he's done into your favourite crypto currency, I just had to share it with you back home.

Do yourself a favour and read on below for Charlie's insight on Bitcoin, its future and what it means for you.

Let’s look at the idea of a cashless economy from a totally different angle.

We’ve spoken a lot about the idea of abolishing cash as a way of the authorities imposing negative rates on savers. But what about a currency that is already – and always has been – entirely cashless?

A currency that has never had physical form as it is exclusively electronic?

Chances are, you’ve heard about bitcoin before. Since it first emerged as a primitive ‘crypto-currency’ four or five years ago, it’s gone from a pretty fringe idea to one of the most talked about innovations in finance.

It’s entirely electronic. And yet at the same time, it’s truly international. It isn’t issued by a government. It can’t be printed (or created out of thin air electronically) to buy votes or fund wars.

It’s also something that’s been incredibly volatile in recent years. It’s made some people a fortune. It’s probably lost others an equally eye-watering sum. So it’s worth some of our time thinking about.

Which is why I’ve asked Charlie Morris, who’s a real expert in this sort of stuff, to write a series of special bulletins on bitcoin, the blockchain and its place in the financial system. (By the way, if you missed Charlie’s authoritative piece of analysis on the gold market on Tuesday, I’d recommend you flick back through your email and dig it out. It was fascinating.)

I have the first of Charlie’s essays today. And Charlie tells me he’s building up to sharing a piece of bitcoin analysis that’ll be a world first next week. So keep your eyes peeled for that.


Bitcoin and the blockchain

Bitcoin’s had one hell of a year.

The price of a single bitcoin recently touched $500, which is three times higher than it was in August this year. That’s one hell of a move in a short space of time, and I’m going to try and put that into context.

In November 2013, there were just over 12 million bitcoins in circulation and the price touched $1,200, meaning the network was briefly worth $14.4 billion. This new form of electronic money had high hopes and some felt it would genuinely catch on as it had the potential to challenge the existing system in global payments.

Bitcoin clearly got ahead of itself and the excitement about the future of money took a turn for the worse.

There were scandals such as the loss of bitcoins at the MT Gox exchange (a bitcoin trading platform), the closure of the Silk Road website (drugs and other bad things) and the banning of bitcoin wallets by Apple (users could no longer transact on their phones).

The lowest ebb came in January this year when the network value briefly dropped below $3 billion; a 77% contraction. Many high profile commentators wrote off bitcoin and predicted a future value below $1.

Today the bitcoin network appears to be alive and well. It recently saw total daily transaction volumes rise above $300 million. This growth in usage from $50 million per day in the summer has caused the price to surge. At $500 per bitcoin, the network value recently touched $7.4 billion.

This resurgence is all the more surprising because there have been so many barriers in its path. Regulators have put bitcoin businesses under heavy scrutiny and most banks have refused to deal with them, despite being legitimate and innovative enterprises. In fact, George Osborne showed public support for bitcoin and wants Britain to be a hub for these disruptive technologies.

Before we go into further detail, let’s take a step back and remind ourselves what bitcoin actually is.

In simple terms, bitcoin is electronic cash. It was created on the Internet by ‘miners’ and can be transacted with anyone else who has a bitcoin ‘wallet’. It can’t be copied, cut or pasted, nor can they be minted to infinity.

As I said, there are 14.8 million bitcoins in circulation, and each day approximately 4,000 new coins are created. In exchange for validating all of the transactions carried out by the community, the miners receive the new coins plus some transaction fees. Yesterday’s payout to the miners was roughly $2 million.

Yes, you read that correctly.

Given the vast rewards, this process is highly competitive and if you want to mine bitcoins, you’ll need a super computer bigger than GCHQ’s and NASA’s combined; I’m not exaggerating.

The miners work hard for their money and their primary task is to validate a ‘block’ of transactions every ten minutes (or by my calculations, every 9 minutes and 41 seconds on average).In financial terms, they carry out the ‘settlement’ for bitcoin and perform record keeping functions.

There are roughly 153 blocks created each and every day. They stack up on top of each other, and since bitcoin’s birth on 3rd January 2009, this process has occurred over 382,000 times. Hence the phrase ‘blockchain’ as the transaction data is stored as a ‘chain of blocks’.

Financial transactions use traditional databases that were invented decades ago. In order for them to transact, they dive inside the computer, find the data they are looking for, change it and then climb back out. That system has worked well, but now the world has something better.

With a blockchain, instead of finding and changing the data, the system continuously adds new layers whilst the past records remain unchanged. This has improved speed, security, transparency and record keeping whilst simultaneously slashing costs.

Crucially, the bitcoin ecosystem is operated by the ‘invisible hand’. There are no employees or maintenance staff behind it. Ask a bank how many people sit in their IT department and the answer will be in the tens of thousands. Bitcoin has survived for nearly seven years with no employees whatsoever, just an open-source community of coders who implement periodic improvements.

Crucially, the bitcoin network is ‘decentralised’. A bank may backup its database several times, but for bitcoin, there are 5,625 copies (at the last count), known as ‘nodes’. In order to shut down bitcoin, you would need to destroy every single one. That would mean a coordinated effort from 90 different countries including Zimbabwe, Russia and Iran. Good luck with that; the bitcoin network is here to stay.

What can you do with bitcoin? You can spend it in a growing list of places although, I readily admit, it is far from mainstream. As I said on my recent podcast, I managed to buy a glass of wine in Chamonix and a cup of coffee in Shoreditch, but little else.

That has hardly changed the face of money, but entrepreneurs have created credit cards that transact using bitcoin. That means it is potentially acceptable whenever you see the Visa or Mastercard symbol.

Wall Street has seen this blockchain technology and has taken it into the fold. The banks that intend to survive know that if they don’t take the lead, they’ll die. Those that fail to take an interest will get left behind and so there’s much at stake.

The recent surge in price from $160 in August to $500 was an explosive move. The FT has attributed this to a Russian pyramid scheme called MMM, that has taken off in China. I’m sure this explains much of the recent exuberance, but underlying that, is a self-sustaining network that enjoys underlying growth.

Speculative flurries will come and go, but what I am interested in is the trend. If the real usage of bitcoin grows, the price can only rise. We should think of bitcoin like a technology stock where the value is directly related to the size of the network.

This bitcoin and blockchain series will last for five days. Next, I’ll discuss why Wall Street is so excited about the prospects for blockchain technology.

Is Bitcoin really the answer?
Rate this article
Note: 4.5 of 2 votes