Is the World's Largest Tech Company About to Enter Crypto…? 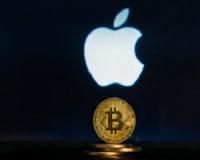 What started as the online currency for the dark web Is now viewed by Wall Street as a legitimate asset class.

And it's in big part due to a number of tech companies (MicroStrategy, Square, Tesla), banks and billionaire investors entering the crypto market in some way.
The thing is, this is only the beginning…

In fact, recent reports hint that the world's largest tech company may just be next to delve into cryptocurrencies.

Of course, I'm talking about…
________________________________________
Author of “Big Income, Small Stocks” Is Giving Away His Big Income Package FOR FREE!
Chief Income Strategist Francois Joubert shares several foolproof strategies for improving your finances - chief among them is investing as soon as possible.
He wants to make it easy for you to get started...
So he's giving away his Big Income Package - a comprehensive bundle of intel on everything from his No. 1 small cap income stock to the safest high-yield dividend on the JSE and five of his favourite "Big Income" Small Cap Stocks - for free.
Just read the short presentation on Francois small cap income strategy and his ‘Big Income Package will be delivered directly to your email.
Click here to see how to claim your copy.
________________________________________
$2 trillion Apple!
On Wednesday 26 May, finance news network CNBC reported that Apple (AAPL) is looking to expand partnerships in the "alternative payments" space.
This includes digital wallets, "Buy now/pay later," and most of all, cryptocurrencies.
As of now, the Apple Wallet currently lets users store event tickets, plane boarding passes, and more. It's also home to the Apple Card, or any card being used in Apple Pay.
But the inclusion of cryptocurrencies caught peoples' attention...
In recent years, Apple executives have talked down the possibility of accepting cryptocurrency payments. In 2019, CEO Tim Cook shot down the idea of the company starting its own cryptocurrency like Facebook (FB). But, that same year, CNBC reported that an Apple Pay executive said the company saw "long-term potential" in cryptocurrencies.
Apple has not officially commented on its intentions with cryptocurrencies, but any news that the tech giant has added them to its Apple Wallet would be huge…
Over a billion new crypto wallets instantly added…
Apple’s devices are in the hands of billions of people across the globe. So any involvement with cryptocurrencies in the Apple Wallet would immediately expand the potential user base of cryptocurrencies.
Just consider, the number of bitcoin wallets back 2021, was only around 1,000.
Today, bitcoin now has over 70 million wallets according to data from Blockchain.com
But even with all the growth we’ve seen in recent years, the number of bitcoin wallets is still only about 1% of the world’s population of 8 billion.
If Apple adds a crypto feature to its embedded apps, it would automatically create 1.65 billion new crypto wallets, given the amount of existing Apple devices. Of course, some of these users may already have bitcoin wallets and own the cryptocurrency. But there are plenty who don’t yet, so the potential is huge!
________________________________________
Quick-Start Guide to Crypto + 3 Coins to Buy
If you haven't yet taken your first step in this surging market, there's never been a better time to do it. Because we have identified three particular cryptos that could rocket.
None of them are Bitcoin.
These are tiny, under-the-radar names. All three picks are priced UNDER $10.
But the profit potential is incredible. It's never been easier to take your shot at huge returns.
Check Out All Three Coins Here
________________________________________
Apple’s news may have sparked bigger crypto interest
What’s also interesting is on the same day last week, another "traditional" investor hinted that he could soon enter the world of cryptocurrencies...
In a late Wednesday interview with Bloomberg, billionaire investor Carl Icahn said he's studying cryptocurrency investments. He said the asset class is here to stay in one form or another. And he said he could buy into the cryptocurrency sector in "a big way." He later specified that he could build a $1 billion to $1.5 billion position in cryptocurrencies.
This represents an about-face for Icahn, who has previously called cryptocurrencies a "bubble."
Icahn also becomes the second "traditional" investor we saw last week make positive comments about cryptocurrencies. Ray Dalio, the founder of Bridgewater, the world's largest hedge fund, said he personally bought bitcoin.
The bullish comments come at a time when optimism in the cryptocurrency space is low.
The Crypto Fear and Greed Index recently hit 10, the lowest level since March 2020. This index measures sentiment among cryptocurrency investors.
When the reading is near 100, it signals extreme greed in the cryptocurrency markets. Typically that's a signal a selloff could be looming. Conversely, a rating near zero signals extreme fear. That means a rally could be right around the corner.
So may be a great time to buy the dip, before the next crypto rally kicks-off!
See you next week.
Joshua Benton,
Managing Editor, The South African Investor
Tags: joshua benton, investing, crypto, apple,

Is the World's Largest Tech Company About to Enter Crypto…?
Rate this article
Note: 4.9 of 5 votes