Is this cryptocurrency the next best safe haven for your money 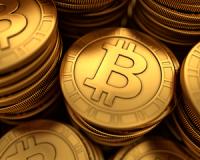 Bitcoin is getting a lot of airtime in the mainstream media lately.

Last week Francois Joubert discussed it when he warned you about your investments in MMM Global and MMM Global's ‘Bitcoin Republic'.

Then, Carte Blanche spoke about it on Sunday night.

So it would be a flaw on my side if I didn't do my research into the cryptocurrency (a digital currency that's beyond government restriction and confiscation).

The big question I want to answer is…

Should you be investing in Bitcoin?


Well, if you look at mainstream currencies like the Rand and the US Dollar, the strength or weakness is “managed” by how much money the reserve banks print. It’s also determined by political instability, foreign investment, government debt and most importantly, government policy (which we know in South Africa is a growing problem).

Bitcoin operates in the digital world. Because of this, you, the user, have more control over your money. This is the first time ever, that the user controls the financial system. That in itself is a huge deal… It gives you the opportunity to drive a change in our social fabric.

Remember, Bitcoin isn’t a perfect financial system, but neither is conventional money.

So, let’s take a hard look at Bitcoin so you can decide if this financial system is right for you…


Investors’ money is pouring into Bitcoin

There are strong signs that several investors can see the potential of Bitcoin. For example, the amount of money venture capitalists are investing in the digital currency is on the rise.

By the end of 2016, a record breaking $1 billion dollars were invested into Bitcoin start-ups. That’s more than four times the investment seen in the quarter before.

Will O'Brien, a senior strategic advisor to venture capital firm Blockchain Capital, told CNNMoney, "The early days of dismissing Bitcoin as a tulip bubble are behind us."


Bitcoin proves itself as a new safe-haven investment


We all know what happened to the markets in June 2015 when the Greek debt crises deepened. Millions of citizens rushed to the bank only to find the doors shut. They were unable to get their money out of the banks.

Global market currencies started to fall, first in Europe and then the rest of the world. People were taking their money to safer alternative investments.

But here’s the kicker…

For the month of June 2015, the price of Bitcoin rose 20%. The rise coincided with the crisis escalating in Greece as its government imposed capital controls and closed its stock market, explains David Zeiler in Money Morning US.

The largest Bitcoin exchanges reported a massive increase in customers from Greece. Bitstamp, the third largest exchange said, “trades were up 79% over their 10 week average”.


In 2015, Barclays collaborated with a Bitcoin exchange to allow transactions into its accounts. For the time being, only charities will be able to make use of the facility.

But, it looks like Barclays is serious about making use of Bitcoin. The Sunday Times reports that the bank currently has 75 people working on Bitcoin technology. This makes Barclays the first UK bank to support technology for the digital currency.

David Zeiler in Money Morning US explains, “It appears Barclays can see how big an impact Bitcoin could have on the current financial system.”

Barclays isn’t alone, there’s a move to the adoption of Bitcoin technology. It’s happening all over the world. According to CNBC, at least 100 banks have approached a bitcoin wallet provider about integrating its technology into its systems.

Even though it seems the popularity of Bitcoin is gaining momentum all over the world. I’m not sure if I’m ready to throw my money at it yet.

But based on the information I’ve just given you, I will be testing out the cryptocurrency to see if it is a solid alternative investment.


If you want to dabble in Bitcoin, here’s a proudly South African solution


The first thing you need to do it get yourself a Bitcoin wallet. All you need is an email address and a password… Check out this FSPInvest.co.za article on the first South African Bitcoin app BitX.

If you get a friend to do the same, you can practise sending each other money. You could also try spending your Bitcoin with one of the many South African vendors who accept PayFast.

Let's build your wealth together,

P.S. If you're interested in putting some of your money in bitcoin, why not have a look at our dedicated bitcoin product, Is it too late to become a Bitcoin millionaire?
Tags: bitcoin, cryptocurrency, dark web, investors' money, invest in bitcoin, safe-haven investment

Is this cryptocurrency the next best safe haven for your money
Rate this article
Note: 3.5 of 2 votes