Square's Big Bitcoin Move - And What it Means for Cryptos 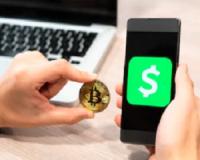 Square - A $73 billion e-Commerce giant made a big bet on Bitcoin in October.

This is not the first time the company's backed the cryptocurrency.

In 2018, it expanded its mobile payment service Cash App to support Bitcoin trading, even for users without a bank account.

And in 2019 it launched Square Crypto, which awards grants to Bitcoin developers and designers.

In August 2020, the company reported that Bitcoin trading revenue from Cash App rose 600% from the previous year to $875 million.

It also accounted for almost half of Square's total sales of $1.92 billion.
________________________________________
These three cryptos are set to ride the next crypto wave
There are three cryptos that I believe will form the foundation of the next phase of the crypto revolution!
The first crypto king – one of three cryptos I want to share with you today…has massive potential!
…This crypto speeds up networks where most slow them down.
…This crypto has zero transaction fees
…And it has the Blockchain 50 as its customer!
It’s set out to be the protocol standard for machine-to-machine transactions, infinitely scalable, this crypto king will enable the Internet of Things (IoT) to cope with the mass of data that is being created
________________________________________
“We believe that Bitcoin has the potential to be a more ubiquitous currency in the future”
This is what the company’s CFO recently said when it bought $50 Million worth of Bitcoin in October.
Now $50 million worth of Bitcoin represents just 1% of its total holdings.
Yes, it doesn’t sound like much…
But if you think about how far Bitcoin has come in the last decade, and realise we’re at the point where major companies want exposure to a cryptocurrency, you start to realise the magnitude of the moment.
________________________________________
READ: I’ve earmarked 3 of the best Ben Graham value investments on the stock market today. Find out more here.
________________________________________
A possible snowball effect?
Square’s foray into the crypto space will no doubt see other companies consider the possibility of diversifying into cryptos.
Just consider that there’s around $4 trillion sitting in corporate bank accounts in the US alone. It’s earning close to zero interest.
If just 1% of this cash found its way into Bitcoin, that’s $40 billion worth of demand from US businesses alone.
And that doesn’t include retail investors, fund managers, billionaires and even — maybe one day — government central banks.
Just consider…
PayPal 300 million users can now get involved in crypto transactions.
The world’s largest digital currency asset manager – Grayscale – announced that demand in its Bitcoin Trust alone soared with $719.3 million worth of inflows in the 3rd quarter of 2020.
This year, assets under management has rallied 147%, making it one of the fastest growing investment products!
So, it’s not hyperbole to suggest we may be witnessing the most pivotal moment in Bitcoin’s (and other cryptos) history.
And crypto investors could be handsomely rewarded in the coming years.
See you next week.
Joshua Benton,
Managing Editor, Real Wealth
Tags: joshua benton, investing, crypto, cryptocurrency, square, bitcoin,

Square's Big Bitcoin Move - And What it Means for Cryptos
Rate this article
Note: 4.33 of 3 votes