The biggest threat to China is a… cryptocurrency 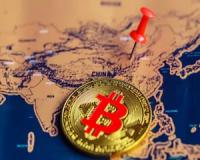 When Facebook announced plans to launch its new digital currency Libra, it was met with fear…Especially in China.

When questioned on Facebook's Libra at a press conference, the founder and CEO of Huawei hit back saying,

“China can also issue such a [crypto]currency by itself. Why wait for others to issue it? The power of a country is always stronger than an Internet company.”

The comments follow concerns from China's central bank, the People's Bank of China (PBoC), that Libra could pose a threat to the country's economy in some respects.

So much so, that Wang Xin, Director at China's central bank, said, "We will keep a close eye on the new global digital currency".

Recommended:
________________________________________
“If you want to make a killing from cryptocurrencies – read this bookas FAST as you bloody can!”
I’d like to rush you a copy of my book, Crypto Revolution, right away.
Inside you will find everything you need to understand this financial revolution…
And take maximum – potentially life-changing – advantage of it.
Including the name of the coin I am calling “The Bitcoin Killer”…
A cryptocurrency that could ultimately climb 20,000% from where it sits today.
That’s the kind of move that turns R2,500 into R500k over the longer term.
You’ll get the name of that crypto… my full case for why it could rise to become the #1 crypto in the world…
And my full analysis on the entire cryptocurrency landscape, all in my book.
________________________________________
So why is Facebook’s Libra a threat to China?
In China, mobile payments capture vast troves of data. It’s estimated that nearly 2 billion accounts are registered between the two major Chinese platforms, Alibaba's Alipay and Tencent's WeChat Pay.
Chuanwei Zou, chief economist at Bitmain – a company that sell equipment to mine cryptocurrencies said…
"China relies on the mobile payments sector immensely. We have had a long lead time [over Libra] with the success of WeChat and Alipay, but Libra represents a huge threat on mobile payments".
And that threat is real.
Facebook has around 2.5 billion users – more than twice the amount of WeChat and more than both WeChat and Alipay combined. That gives Facebook an immediate advantage in the race for a global cryptocurrency.
If Facebook can attract and turn most of its current users of Facebook and WhatsApp into Libra coin holders and users, it could immediately overtake all of what China has done in terms of building up users.
In addition, Libra’s will draw its value from a combination of major currencies, like the US dollar. Something China also fears.
Wang Xin said, if Libra is mostly pegged to the US dollar, China would be at a disadvantage.
“It would bring a series of economic, financial and even international political consequences.”
That’s why I wouldn’t be surprised if China launches a digital yuan.
There are murmurs that China is reportedly in the process of developing a digital currency of its own. However, the exact details of its use cases remains unknown.
A digital currency would allow China's central bank to record every single transaction with high precision in real time. It would also further cement China's dominance in financial technology (as Tencent and Alibaba are two of the biggest tech companies). And more importantly…
________________________________________
Must see:
A straight up offer from one of South Africa's top financial analysts and small cap experts, Francois Joubert:
"Let Me Pinpoint the Fast Moving SA Small Caps that Could Make You 100% or More...
And share everything you need to potentially profit from them directly with you each week"
________________________________________
China’s digital currency could hurt the dominance of US dollar!
Think about it.
If China were to create a digital yuan, which could be traded, held and transferred just like any other cryptocurrency, it could get mass adoption all around the world…Especially in “unbanked” areas with huge populations.
Earlier this year, Business Standard noted an interesting statistic from the World Bank’s Global Findex:
China is home to 225 million adults without a bank account, India has 190 million. They are followed by Pakistan (100 million) and Indonesia (95 million).
These four economies, together with three others – Nigeria, Mexico and Bangladesh – are home to nearly half the world’s unbanked population”.
Even more interesting…
Globally, 1.7 billion adults remain unbanked, yet two-thirds of them own a mobile phone that could help them access financial services. Digital technology could take advantage of existing cash transactions to bring people into the financial system.
So there are 1.2 billion people in the world who own a mobile phone but not a bank account.
If those 1.2 billion people suddenly got access to a digital yuan, then China’s national currency would become a real rival to the US dollar’s dominance.
Remember, having the world’s dominant currency puts your country in a supreme position of economic power. It doesn’t only demonstrate a country’s influence globally, but also reflects the competitiveness of a country's economy.
So, if China started challenging the US dollar for world dominance, how would the US retaliate?
One way is to beat them at their own game by creating a digital US dollar.
So what does this all mean?
Well, the switch over from traditional money to national cryptocurrencies could happen faster than anyone realises.
Who knows, in the next five years, people will be able to freely trade between cryptocurrencies like bitcoin and national cryptocurrencies like a digital US dollar/yuan. After that, there’s no telling what could happen.
But one thing’s clear: Whether you love them or hate them, cryptocurrencies are here to stay.
See you next week,

Joshua Benton,
Managing Editor, Real Wealth
P.S. There are over 2,400 cryptocurrencies available right now. 99% of them will fail and only a handful backed by REAL technology, will thrive. Which cryptos are these? The answer lies here.
Tags: joshua benton, facebook, libra, china, libra, wechat, whatsapp

The biggest threat to China is a… cryptocurrency
Rate this article
Note: 3.56 of 8 votes