The next step to mass crypto adoption 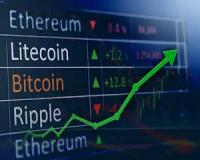 There are hundreds of thousands of people using blockchain technology right now. And there are millions of people that own cryptos.

You see, in the space of eight days, we've seen some of the biggest economies make a concerted effort to legitimise crypto.

And this could take crypto adoption mainstream!

Let me explain…
________________________________________
Three Penny Superstar Stocks Taking on the JSE in 2020
These three stocks are not going to stay in penny stock territory for long.
Because owning a portfolio of these three recovery shares now could be one of the smartest investment speculations you make in 2020.
Find out why here.
________________________________________
France legalises bitcoin as money
It started in France on the 26th of February.
As Blockonomi reported:
“In a ruling issued back in February 2020, the Commercial Court of Nanterre declared Bitcoin to be a fungible intangible asset, no different from fiat, hence, a currency. The court’s decision forms the first legal basis for the classification of cryptos as currency in France.”
The ruling came about after a court case concerning Bitcoin loans.
Back in 2014, an English investment house had secured a 1,000 BTC loan from a French crypto exchange.
A few years later, Bitcoin forked and created Bitcoin Cash. So everyone who held Bitcoin received an equal quantity of Bitcoin Cash.
The exchange thought the investment house should give it the 1,000 Bitcoin Cash it had just received. The investment house disagreed. And so they went to court.
Fast forward to today and the verdict is in… the investment house gets to keep its Bitcoin Cash and Bitcoin is legally recognised as money.
Five days later, Germany went one better
On the 2nd of March, Germany’s Federal Financial Supervisory Authority (BaFin) issued a press release.
The press release states that cryptos are financial instruments, which have the following characteristics:
• Digital representations of value
• Not issued or guaranteed by any central bank or public body
• Don’t have the legal status of currency or money
• Can be used by individuals or legal entities as a means of exchange or payment
• Serve investment purposes
• Can be transmitted, stored and traded electronically.
So, Germany doesn’t recognise cryptos as currency, but it does recognise them as “financial instruments”, which makes it much less risky to build crypto-focused businesses in Germany.
And it’s clearly legalises crypto being used as a method of payment.
Then the biggest news of all…
________________________________________
Make Double Your Money without Knowing a Thing
about Trading
If you can follow simple instructions, then I’ll show you how to consistently make money no matter what the markets are doing.
You won’t have to do research. And you won’t need to worry about support lines or resistance points… Unless you really want to.
All you have to do is relax and watch your money grow.
Click on the link to learn more about my incredibly simple plug and play investment strategy.
________________________________________
India overturned its longstanding ban on cryptocurrencies!
Back in 2018, India outlawed “any service in relation to virtual currencies”. And if you were dabbling in cryptos, you could face prison time.
The original ban was imposed by the Reserve Bank of India (RBI), which clearly feared crypto would undermine its authority.
Two years on and India’s Supreme Court has overruled the RBI, calling the ban “unconstitutional”.
“This is the first step towards embracing cryptocurrency in India, which has the potential of becoming one of the largest crypto markets.”, Ashish Singhal, chief executive of the CoinSwitch exchange, told CoinDesk after the court’s ruling.
And while this news may seem of little consequence to those living in Europe or the US, it’s certainly not.
As the above quote suggests, India could easily become one of the biggest crypto markets in the world.
Remember, India has a population of 1.3 billion, second only to China, and growing at a much faster rate. And it’s also the world’s third biggest economy.
However, the RBI isn’t going down without a fight. It has already stated it is going to fight the court’s decision and try to get its ridiculous ban reinstated.
But if the Supreme Court’s decision holds and India gets behind crypto, it could create more demand than we’ve ever seen.
In fact, this could arguably be the most compelling crypto news… ever.
Until now India has been completely excluded from any kind of crypto participation, and now all at once, the world’s third biggest economy is allowed to join the game.
So in the space of eight days, we’ve had India reverse its crypto ban, and Germany and France recognise crypto as a legal financial instrument.
And this positive news could certainly drive cryptos into the mainstream.
See you next week.

The next step to mass crypto adoption
Rate this article
Note: 4.5 of 3 votes