The REAL reason why cryptos are so revolutionary 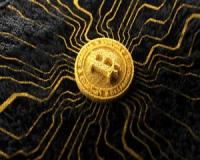 And look at something I think every investor - or anyone - should know.

I'm talking about The REAL reason why bitcoin and cryptocurrencies are revolutionary inventions.

To explain, we need to go back to more than a century ago…
The beginning of modern central banking
In the early 1900s, economists and elite political figures became enamoured with the prospect of a perfect money and banking system.
They believed that if they could gather the smartest minds, give them vast resources, and put the power of capital and government behind them, the US could finally stabilise the monetary system.
On December 23, 1913, the US Congress passed the Federal Reserve Act, establishing a national central-banking system in the US.
On the surface, the Act, seemed fairly harmless: To provide for the establishment of Federal Reserve banks, to furnish an elastic currency, to establish a more effective supervision of banking in the US, amongst other things.
But this was the start of a takeover of monetary matters by politically appointed authority in the US. On November 16, 1914, the Federal Reserve opened for business.
The power to manipulate
What central banking actually did – which very few of its supporters realised – was give government a blank check to do whatever it wanted without having to tax its citizens.
It created a cartel-like, government-managed system that could…
• Issue debt
• Protect that debt from a default
• Create money
• And, grow itself to achieve the dreams of the political and financial elite
Suddenly, and for the first time in modern history, there were no limits to what was possible with public finance.
And yet, most economists hadn’t entirely realised the implications of this.
Funding the Great War
The Great War was the first “total war.” It involved the whole developed world.
It was accompanied by a universal draft, censorship, financial controls, and a suspension of the gold standard.
It drew civilians into the conflict on a scale never before seen in the history of humanity. It employed poison gas, air bombings, and weapons of mass destruction that would have been previously unthinkable.
The fact was, and as US economist Benjamin Anderson pointed out a few years after The Great War ended… It was central banks in the US, the UK and and Europe that made this all possible.
Had this free-money not been available, governments would have relied on the traditional diplomacy to achieve peace, as opposed to a war they could not afford.
But the result of the war led to increasing inflation, central planning and price controls in the US.
Most significantly, the result of the war was massive debt accumulation, which meant that someone, somewhere had to pay.
Governments’ debt obligations led to dramatic tightening of government spending and increasing taxes in the early 1920s.
But this also paved the way for the Central Bank to implement another wave of credit expansion in the late 1920s, which slowly started to push inflation higher. And this created the conditions of the Great Depression.
Manipulate the system more – that should work
Rather than recognising the failures of central banking, the elites doubled down with new measures of central planning.
This involved high government spending, and macro-economic manipulation.
The Fed pushed down interest rates and manipulated bank’s reserve requirements in hopes of spawning a new inflation, which it failed to achieve.
Throughout the 1930s and 40s, both US presidents, Hoover and Roosevelt, used government power to manipulate the system. Roosevelt devalued the dollar and even banned the private ownership of gold.
Still, the hoped-for monetary stimulus did not arrive. And crucially, it didn’t stop the blank-check policies of central banks, which funded crises like World War II, the Cold War and the Vietnam war in the 1940s, 50s and 60s.
The end of gold-backed system and the emergence of the dollar
The widespread opinion was that the only remaining problem in the world monetary system was the presence of gold.
In 1971, president Richard Nixon closed the gold window. And in 1973, introduced the age of fiat money.
Nixon said his reform would “stabilise” the dollar, which “will be worth just as much tomorrow as it is today.”
If only he knew how wrong, he was.
The long-term pattern of the dollar’s purchasing power provides a good illustration of what happens when government controls a commodity as important as money.
Just take a look at the graph below…

In a simple explanation…
In 1913, a $100 was worth exactly that. Today $100 is worth just over $3.
“The straw that broke the camel’s back”
Fast-forward to September 11, 2001. It was a day where the world witnessed one of the worst terrorist attacks on US soil.
Following this, the Federal Reserve went into overdrive with massive money expansion, based on no other theory than a belief that the economy could not be permitted to sink into recession, because that would imply that the terrorists had won.
That policy, combined with financial deregulation and a too-big-to-fail policy, led to a crazy housing boom, resulting in a massive bubble that finally collapsed in 2008.
The financial meltdown of 2008 led to huge bailouts, a zero interest rate policy, and the Fed becoming the main buyer of mortgage-backed securities.
It was all an attempt to save the banks, and it worked. However, it also broke the banks of their traditional function of borrowing and lending.
More importantly though, the 2008 Financial Crisis opened people’s eyes to just how dangerous central banks can be. And more and more people around the world finally realised that central banks and even banks, don’t have their people’s best interests at heart and couldn’t be trusted.
Enter the most revolutionary monetary innovation of our time
In 2009, during the chaos and at the end of a central-banking failure, Satoshi Nakamoto released a digital currency called bitcoin, onto a private forum.
This was the birth of a revolutionary new “financial system’.
A global system that provides a dramatic alternative to central banking as we know it. A system that challenges the dominance of government policies.
What will we lose if the private system replaces the government-managed one?
Well, looking back at the history of central banking shows that we only stand to lose a system that has proven unworkable and dangerous in every way.
We now can see how the Federal Reserve and the nationalised dollar brought about incredible calamities, from depressions to wars to extreme poverty. And a growing divide between the rich and poor.
However, the emergence of digital currencies means we can also look to a future a currency and payment network that is open source, non-inflationary, not owned or managed by governments, and adaptable to the needs of users, not political elites.
In the same way that central banking nearly wrecked the world and created one calamity after another, bitcoin and cryptocurrencies can save the world one transaction at a time.
See you next week.

The REAL reason why cryptos are so revolutionary
Rate this article
Note: 4.4 of 5 votes