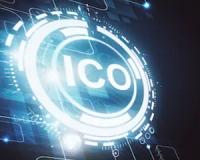 In a space of a week, Compound managed to become the top player in Decentralised Finance (DeFi).

And how incredible is this… it saw its COMP token rally more than 500% in price in less than a week!
________________________________________
"There are decades where nothing happens; and there are weeks where decades happen.”
Are you ready to be a part of the Next Wealth Transfer REVOLUTION?
Click here
________________________________________
So what exactly is Compound and why has it sparked massive interest?
If you’ve read my article on DeFi, you’ll likely recognise the name Compound.
But in case you haven’t here’s a quick recap:
The biggest branch of DeFi is lending.
In traditional finance, a bank takes money from person A and then lends that money out to person B.
It pays person A interest for using their money, and person B pays the bank interest for lending out person A’s money.
The bank makes money because it pays person A less interest than it collects from person B. A lot less.
The main idea of DeFi lending is you cut out the bank – and its ridiculous cut – and match lenders directly with borrowers.
For example, on Compound’s Platform (as of 28 June), you can currently lend out your money using Tether at 2.55% interest, or borrow against it at 9.42% interest.
So, instead of getting 0.5% interest with an overseas bank, you could be getting between 2.5%-8% with DeFi. The reason DeFi rates can be so much better than banks are because lenders are matched directly with borrowers. There is no bank taking a ridiculous cut.
So, Compound was a big player in DeFi lending.
But in June, it became even bigger!
Being a DeFi platform, it decided to make its governance decentralised.  So instead of Compound’s future being decided by its team, its future will be decided by its token holders.
It did this by creating a governance token called COMP
From Compound:
In addition to being a standard ERC-20 asset, COMP allows the owner to delegate voting rights to the address of their choice; the owner’s wallet, another user, an application, or a DeFi expert. Anybody can participate in Compound governance by receiving delegation, without needing to own COMP. The token also includes code to query an address’ historical voting weight, which is useful for building complex voting systems.
Now instead of having a standard ICO, Compound did something different…
It created its own token distribution method.
Of the 10 million total COMP supply, around 4.2 million is to be distributed to users of the Compound platform, simply for using it.
The rest will be…
• Distributed to shareholders of Compound Labs, Inc., which created the protocol
• Allocated to their founders & team, and subject to 4-year vesting
• Allocated to future team members
• Reserved for the community to advance governance through other means — which will be announced at a future date
So, if you want to get COMP tokens, you need to use the platform… which is why Compound has seen an extra $500 million (and counting) flowing into its platform over the past two weeks: Sam Volkering says a new crypto boom is set to unfold.
Is he out of his mind? Or could he be on to something?
Josh Benton has the answers
CLICK HERE to read his latest findings
________________________________________
One of the biggest crypto exchanges – Coinbase – announced it would list COMP
On Thursday 18 June, Coinbase announced it was going to be listing COMP on its Coinbase Pro platform – giving it the kind of immediate legitimacy most new tokens could never dream of.
Immediately after the news, COMP surged from just over $61 to over $372 by Sunday – a +500% increase.
It has subsequently fallen to around $246. But still, the massive price surge saw Compound’s COMP token overtake DAO Maker’s own governance token (MKR) in market cap.
COMP is now sitting in 21st place with a total market cap of $733 million vs MKR’s 29th place and $472 million market cap, according to live data from Coin Gecko.
While I can’t say Compound will be worth this value in the future, there are positives to come from this amazing crypto story.
It’s put DeFi lending into the spotlight with many investors jumping on board. It’s also opened up a new channel to make money from cryptos.
Remember, the possibilities for the DeFI market as a whole, are endless!
As well as loans, DeFi will eventually be used for everything  like… mortgages, bank accounts, savings accounts, stocks and shares, insurance… you name it.
And eventually major financial systems could move over to DeFi, because it’s a much more efficient, and cost-effective way to do things.
See you next week.