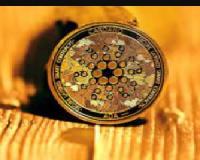 Bitcoin (and other cryptos) get a bad rep for their energy consumption.
But did you know bitcoin uses less than half the energy of the banking system and the gold industry?

And what's even more encouraging is things are getting greener in the crypto world.

Renewable energy is a growing part of the energy mix for bitcoin. According to the Bitcoin Mining Council, renewables power 66% of the bitcoin network.

Whichever side of the coin you happen to find yourself, cryptos and the tech that underlies them can be eco-friendly.

Here's what I mean…