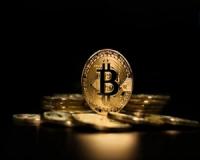 After a pretty hellish month for Bitcoin - dropping over $20,000…

Investors finally have something to cheer about!

The #1 crypto by market cap rallied over 15% in the past two days.

And this time, it had nothing to do with Elon, or any other billionaire.

#1 Bitcoin becomes legal tender!
On 9 June 2021 the El Salvador Congress, by a supermajority, passed laws that approved Bitcoin as legal tender – the same status as the US dollar.
That means,
• Prices (for goods and services) can be expressed in Bitcoin
• Taxes can be paid in Bitcoin
• Exchanges in Bitcoin won’t be subject to capital gains tax (like any legal tender)
• Every “economic agent” (merchant) must accept Bitcoin as payment when offered by an acquirer (purchaser).
Also, the state itself will ensure there’s sufficient liquidity for the economy to convert from Bitcoin to USD if they so wish. That means El Salvador will buy Bitcoin to hold in its treasury.
Plus, the government will provide training and equipment (like internet infrastructure) to give citizens more opportunity to use Bitcoin.
This is a significant moment for the country and for crypto sceptics. But it’s doesn’t surprise our crypto expert, Sam Volkering.
You see, in Chapter 6 of his globally published book, Crypto Revolution: Bitcoin, Cryptocurrency and the Future of Money, Sam wrote about how crisis has become Bitcoin’s best friend.
For example, countries like Africa, India, South America countries with huge numbers of “unbanked” could look to, “…suddenly become crypto-friendly and adopt crypto to better the living standards of their people.”
And he was spot on…
The President of El Salvador tweeted on the landmark Bitcoin law,
70% of El Salvador’s population doesn’t have a bank account and work in the informal economy. Financial inclusion is not only a moral imperative, but also a way to grow the country’s economy, providing access to credit, savings, investment and secure transactions.
Already there are talks that Paraguay may look to introduce similar legislation. And many more countries may follow.
It’s an opportunity for South America to wrestle free from the financial controls of the US and interference in their economies and policies.
As Sam recently said on this new law,
And it’s not just South America to focus on. Expect countries in Africa to start to get laser eyes and move legislative proposals into government. Soon enough, you’ll find there will be more countries adopting Bitcoin than the small few trying to figure out how to ban it or control it.
This is the country-competition I’ve seen coming – it’s exactly how I expected this story to unwind. And it’s the most excited I’ve ever been about the future of Bitcoin and crypto around the world.
Interestingly, it comes at a time when Russia is moving away from US-based assets. So, it sounds like we may see a “war” on the US dollar. And this could threaten its status as the world’s reserve currency.
________________________________________
Quick-Start Guide to Crypto + 3 Coins to Buy
If you haven't yet taken your first step in this surging market, there's never been a better time to do it. Because we have identified three particular cryptos that could rocket.
None of them are Bitcoin.
These are tiny, under-the-radar names. All three picks are priced UNDER $10.
But the profit potential is incredible. It's never been easier to take your shot at huge returns.
Check Out All Three Coins Here
________________________________________
#2: Another major sign of crypto adoption
While not as newsworthy as El Salvador, global regulators announced proposals that would introduce capital requirements for banks dealing in crypto.
The announcement from the Basel Committee on Banking Supervision is another sign that the world of traditional finance is responding to the rise of crypto assets.
While the proposal would introduce tough capital controls, it also shows that regulators are taking the fast-growing market seriously and preparing the banking industry for how to deal with its widespread adoption.
I expect more of these positive crypto stories in the coming months. And they should – as we’ve seen before – push prices higher.
See you next week.
Joshua Benton,
Managing Editor, The South African Investor
P.S. Do NOT invest in Bitcoin until you read this…
Tags: joshua benton, investing, bitcoin, crypto, crypto currency