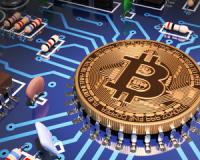 If you're looking for an alternative investment, believe it or not, owning Bitcoin can has similar preservation properties to owning gold.

In fact, in some ways Bitcoin is a better investment than gold....
#1: Central banks can't manipulate the price of Bitcoins

Paul Craig Roberts, who served as Assistant Secretary to the US Treasury, is adamant that a big part of the recent rout in both gold and silver prices is a direct result of central bank manipulation. Roberts believes the US Fed led a coalition of mega-banks that sold off gold reserves and certificates to support the dollar in an era of mega-printing. Veteran metals trader Andrew Maguire agrees.

The former Goldman Sachs employee-turned-whistle blower says more than 500 tons of "paper gold" got dumped on the market in April alone. But with Bitcoin, it would be extremely difficult for global bankers to act in concert to secretly drive up or down the price as they can with gold. Anyone with a Web connection can check the volume of Bitcoin trading around the world almost in real time. In other words, though individual transactions occur in private, the markets upon which they trade are highly transparent.

If you own physical gold in your home and want to sell it, you have to grab it, put it in the car, and drive to the local dealer. There's always the concern that someone could rob you in the process. Moreover, most stores are only open during the day, five or six days a week. That greatly limits your market access.

If you are paying someone to store your metals offsite, you will obviously incur fees. And when you sell your gold, it could take several days for the transaction to finish and for the money to end up in your account. With physical gold, limiting your liquidity is market access and the size of your holding. On the other hand, Bitcoin is a super-liquid currency. Not only can you buy and sell basically 24-7, you can "chop it up" into extremely small slices. 13

For instance, on the Camp BX exchange, you can divide a Bitcoin down to 12 decimal points, which might look like this amount - 0.011111111111. Just try chopping a gold ingot or coin down into such tiny increments.

#3: The ultimate in portability

Let's say you were fortunate to own R5.25 million worth of gold, or about 415 ounces. That's nearly 12 kilos worth of metal you'd have to cart around if you wanted to move it in the event of an emergency. With Bitcoin, however, no such challenges exist.

Since this a virtual currency, it lives online at your hosted wallet. So, you can access the funds from anywhere in the world as long as you have an Internet connection. You also can download and store your Bitcoin on a small USB thumb drive that will easily fit in shirt pocket. It doesn't get much more portable than that.

Why Bitcoin could be the alternative investment that's missing from your portfolio
Rate this article
Note: 5 of 1 vote