Why Ethereum's next upgrade will boost the price by over 52% 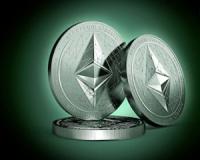 Ethereum (2nd largest crypto by market cap) has been one of the best performing crypto-currencies this year.

Last year, I mentioned that the crypto-currency was about to undergo a major upgrade in 2020.

With the upgrade launching in July, it's about to make Ethereum much faster, more secure and better for DApps (Decentralized apps).

Ethereum 2.0 also contains the promise of an entirely new kind of democratic society which will contain zero corruption, zero manipulation and zero other shady behind the scenes influence.

Here's what Ethereum co-founder Vitalik Buterin has to say:

"Ethereum 1.0 was a couple of people's scrappy attempt to build a world computer; Ethereum 2.0 will actually be the world computer."

Now that investors are preparing for the major upgrade, we should expect huge upside in the Ethereum's price to come.

Here's what is about to change and why I expect it to rally 52% in the next few months…
________________________________________
Recommended: TRANSFORM YOUR WEALTH - How to invest in a post covid world
________________________________________
Goodbye Proof of Work and hello Proof of Stake
One of the major changes with Ethereum is switching from PoW to PoS.
This upgraded network will replace traditional miners with validators who will bet their coins to verify transactions.
Once the validators have verified legit transactions, they will receive rewards (0.22 ETH/Block) in the form of passive income – known as staking.
All you need to know is this…
Proof of Stake is a mechanism that will be used in the blockchain to help decentralize and speed up the network in a far more energy-efficient way.
What is exciting investors is that, they will need nothing more than a simple consumer-grade computer or laptop to get involved.
However, there are a few rules you’ll need to follow such as, there needs to be:
• A minimum threshold of 32ETH
• Validators will need to run a validator node (24/7 running operation)
That’s why the number of Ethereum accounts have sky-rocketed.
Ethereum has hit the key 100 million milestone
There has been major growth for Ethereum’s addresses.
According to Mythos Capital’s Ryan Sean Adams, the number of Ethereum accounts has hit 100 million as of last week.
Even though this does not mean 100 million people have bought the crypto, it does set it up for major upside to come for decentralized finance and stable coins.
Here’s what Adams wrote…
“World powers will be forced to adapt. This is the next wave of the internet. 100m bankless bank accounts,”
Why investors will flock to Ethereum during the ongoing COVID-19 pandemic
We’ve seen in the last few months COVID-19 cause major disruptions with the world economy.
We’ve seen unprecedented: Unemployment levels, closing down of businesses on all levels and uncertainty with how corporations will operate as whole again.
And now investors are starting to lose faith in traditional institutions and systems.
I expect to see a shift with investors moving to assets such as crypto-currencies, gold, and other alternative investments…
Why I expect Ethereum’s price to skyrocket over 52%

As you can see in the chart above, Ethereum has had a wild ride this year.
It’s moved from a high of $290 down to $100 in the span of two months.
And in the process, it’s formed a strong breakout pattern called the ‘Ascending triangle’ (Between the pink lines).
An Ascending Triangle is a bullish break-out pattern. This means, once Ethereum breaks out of the pattern, the price will run up.
With patterns, it’s much easier to visualize the ascending triangle than to describe it.
So, here’s what the ascending triangle looks like in action.
The bullish ascending triangle

Why Ethereum's next upgrade will boost the price by over 52%
Rate this article
Note: 4.5 of 3 votes