Why this is the next big trend in crypto 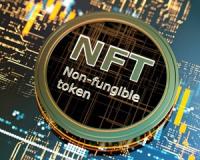 In September 2021, Sotheby's announced its intention to auction an extremely rare copy of the US Constitution. For interest sake, out of the 500 made, only 13 remain. 11 of those 13, sit in institutions. For example, the Library of Congress. That means two are privately held.

Revealed: South Africa’s 2022 ‘wealth accelerators’
If you want a realistic shot at growing wealth in 2022, here’s the first thing you need to know:
Making real money has nothing to do with how fast the economy is growing, where interest rates are headed or where we are in the business cycle.
The truth is, REAL wealth creation is driven by something else entirely.
It’s what happens when a certain kind of business can, not only grow your capital but your income too, irrespective of what is going on in the market.
I call these types of companies ‘wealth accelerators’.
And, I’d like to tell you all about them today.
Each one is small, not necessarily well known but absolutely ripe with potential.
And each of them has the potential to make substantial gains in a short time period.
With that in mind, let me show you what I’ve found.
-----------------------------------------------------------------------------------------
In particular one group of crypto entrepreneurs…
ConstitutionDAO formed to crowdfund the purchase of a copy of the US Constitution.
The crypto network raised over $42 million from 17,000 participants. The participants contributed an average of just over $206 in Ethereum.
According to Sotheby’s, it was, “The largest crowdfund for a physical object that we are aware of — crypto or fiat.”
Unfortunately, Citadel founder Ken Griffin outbid ConstitutionDAO to win the copy.
But this type of crypto organisation could be the next big trend in crypto…
DAO’s explained…
A DAO is short for decentralised autonomous organisation.
It’s an online organization founded for a common purpose.
It allows for the formation of an online community that can pool funds.
It’s different from most organizations in that there isn’t a hierarchy. Members have equal power and vote as a group to make decisions.
DAOs are governed by their smart contract, which lays out the group’s rules and can’t be changed without a group vote.
DAOs operate on blockchain technology, so transactions and the group’s rules are recorded on the ledger.
Today, there are DAOs dedicated to purchasing rare NFTs (such as CryptoPunks or Bored Apes).
Members can have a stake in these rare digital items for a small investment.
There are DAOs that invest in decentralised finance to earn higher yields.
There are also DAOs that purchase real-world items.
For example, PleasrDAO bought a rare Wu-Tang Clan album for $4 million.
And a new DAO called Krause House, named after the legendary Chicago Bulls general manager Jerry Krause, is pooling funds to buy an NBA team.  The crypto network already raised $1.7 million in Ethereum.
-----------------------------------------------------------------------------------------
CRYPTO’S NEXT BULL CYCLE
It's coming fast. It's projected to create $30 trillion in new wealth this decade.
Today, a world-renowned crypto expert shows you how to play it… and 20X your money in the next 12 months…
-----------------------------------------------------------------------------------------
The profit-opportunity in DAOs…
As I mentioned earlier, DAOs operate on blockchain technology.
And recently one particular blockchain has been in the news.
In September 2021, Homebase, a protocol for building decentralized autonomous organizations (DAOs), launched on the Tezos blockchain. This would allow users and developers to form entities such as decentralised treasuries via the network's smart contract feature, enabling a form of self-governance.
Then, OneOf, a non-fungible token (NFTs) platform for music artists and fans based on the Tezos blockchain, launched a limited-edition collection of 26,000 tokens from famous rapper Doje Cat.
So with around 135 projects and decentralized applications (dapps) in development on its network, Tezos is definitely a crypto with huge potential as DAOs take off.
Tags: cryptocurrency, blockchain, nft, dao, joshua benton

Why this is the next big trend in crypto
Rate this article
Note: 4.31 of 8 votes