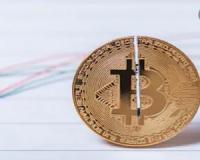 The vertical red lines shows you when the Bitcoin Halvings took place.
And the orange line shows you the Bitcoin price over time.
The first halving saw Bitcoin rally from $12.22 all the way up to $657.61 (over 5000% gain).
The second halving saw Bitcoin rally from $657.61 up to $12,000 (1,700% rise).
This means, with the next halving coming up and with the supply becoming less, we can expect the price of bitcoin to shoot up over 1,000% in the next four years.
Where too exactly? Well you’ll have to set an alarm for Monday for when I write my next Bitcoin prediction article…
But in the meantime, you can read this important brief about why cryptos could soar over the long-term.
Trade well,