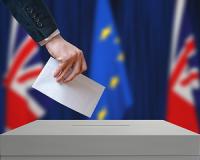 This week, the South African Rand is at its highest level in seven weeks. It's clawing back against the dollar trading at around R14.74.

I don't know about you but I certainly didn't expect the rand to gain so much ground. I must admit that I had severely negative outlook for the rand this month.

With the political unrest in Tshwane and a new wave of violent strikes in the country, I expected a weaker performance from the currency.

But once again, the currency has proved its resilience.


Not even political turmoil is enough to keep the rand down


Because of the renewed political violence wracking the City of Tshwane very few local economists and investors saw this currency strengthening coming.

Usually, when scenes of burning busses, looted stores and rioting madness flash across international television screens, you expect the rand to dip.

But this hasn’t happened. The continuing violence in Tshwane might be creating a sense of uncertainty here at home, but it seems that international investors have not yet cottoned on to this.

Maybe this is directly related to the SABC’s decision not to broadcast rioters causing damage to municipal properties in the run up to the next election. I’ve been checking international news wires and there’s been minimal coverage of the violent protests.


Last week, the rand lost ground against emerging and developed markets. This was in response to the Brexit opinion polls showing that voters in the United Kingdom were leaning strongly towards a leave vote.

Then earlier this week, new data from London showed that voters are probably going to vote in favour of remaining a part of the European Union. The rand reacted positively as investors are now betting that the British public will vote to stay in the European Union. By Tuesday afternoon, the currency was 0.65% firmer at 14.75 to the dollar adding gains of more than 3% in the last three trading days.

While the result of this landmark election is still unclear, it seems that international players in the investment market are mostly distracted by the Brexit vote this week. This resulted in a short amnesty for the rand.

With so many balls up in the air both locally and internationally, you and I can only wait and see what happens next.

I don’t expect the situation in Tshwane to come to a grinding halt. But let’s hope that it ends before the results of the Brexit vote are released. If this happens, I expect the rand to hold its firmer position which is good news for the JSE and all its investors.
Tags: brexit, south african rand, tshwane, political violence, jse, effect of the brexit on the rand, zar, sa ecconomy, rand hedge

Brexit and Tshwane make it nearly impossible to predict what the South African Rand is going to do next
Rate this article
Note: 5 of 1 vote