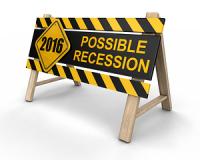 So far this year, you've heard the word recession a lot. It's a real threat to the economy right now.

Economists expected the economy to contract only 0.1%, which leads me to believe that nobody really knows what to expect for the future of the country in the coming months.

But it seems that our finance minister, Pravin Gordhan, has a different view on things. He says, “The South African economy will avoid a recession in 2016 but will remain in a low-growth trap”


The South African economy is stuck in a low growth trap

We’ll have to make some drastic changes, especially if projections from the Reserve Bank are correct. South Africa will have to grow GDP by around 1% for the last three quarters of 2016 to avoid a recession. The chances of that happening while we’re stuck in the growth trap are thin.


Employment numbers fell across all industries but not community services, construction and electricity.  Mining job losses fell for the sixth quarter in a row. Companies have been struggling to maintain costs with commodity prices so low and operating costs so high.

The problem with falling employment numbers is that savings also fall drastically. The less we save; the worse off the economy is in the end.

With all this negativity in the economy and the great expectations from economists, the reserve bank and our finance minister, I don’t believe you should be sitting on the sidelines waiting to see what happens next.

You need to protect your investments from the challenges in the market. I believe the South African Investor can help you do just that. In fact, there are 7 reasons I trust in the South African Investor, go here to see what they are.
Tags: recession, gdp growth, economy, low growth, shrinking economy, pravin gordhan, shrinking economy, south african recession, south african reserve bank, low economic growth, low-growth trap