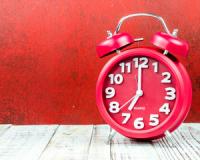 Standard & Poor's and Fitch ratings agencies is expected to give their verdict on the country's rating by the end of this week.

The financial analysts at FSPInvest believe that a downgrade to junk status is inevitable. Even if this doesn't happen this month, it will happen before the end of 2016.

Here's what will happen to the economy and your investment portfolio if the downgrade does happen.


Your investments in a downgraded economy

Markets react negatively to unexpected bad news when it hits the economy. When unexpected bad news hits, investors become fearful and start selling off their investments. The knock on effect is significant that value of shares that you are invested in falls.

An example of surprising bad news happened in late 2015, when the former finance minister, Nhanhla Nene was quickly pulled from office. There was a significant impact on the rand, bond markets and the stock market when this happened.

Global investors lost confidence in South Africa. When international investors start pulling their cash out of the country, this also has a significant impact on the rand as it will experience an even weaker performance against international currencies such at the US Dollar.


However, South Africa has already been grappling with a weaker rand, a severe drought and the impact of government policies that have battered the currency and the investment markets severely in 2016.

So when the rating down grade occurs, it will simply be a confirmation that the economy is going through a difficult time. It will not necessarily move the markets too much since investors have already factored in the negative sentiment and are expecting the worst.


The price of imported goods like oil and food will become more expensive. This means that inflation will increase and the South African Reserve Bank will have to once again push up interest rates in attempt to curb inflation.

This will add even more pressure on South Africans because it will see the monthly repayments on personal loans and property mortgages go up too. So, you won’t only have to contend with higher food and petrol costs, you’ll also have to make do with increased food costs.

South Africa will know its ratings fate on Friday - Here's what it means for you
Rate this article
Note: 5 of 2 votes