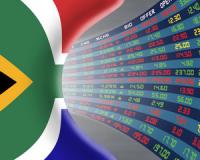 Friday morning proved to be a good day on the JSE as it recovered from Thursday's sell-off which was triggered by news that US interest rates will increase sooner than expected. Global markets like the US and Asia are still struggling but the European markets joined the JSE in its recovery.

Considering that May is usually the worst month for the JSE, things are not looking as bad as investors expected.

The Rand is not performing as well as the JSE right now, down almost 11% for the month trading at R15.73 to the dollar. This poor currency performance is propping the volatile gold index up quite nicely too.  The gold price is sitting at around $1,240 an ounce however, the precious metal is down significantly since march this year.

Despite the positive performance in the markets, it’s still on a knife edge

The truth is, anything could happen in the markets this week. It’s important to keep your eye on political factors that could dramatically wipe out any of the gains we’re seeing right now.

Look, I’m not being sceptical, I am just concerned that the recovery’s we’re seeing right now won’t last, especially if more political rumours come from the National Treasury.

Just look at what happened last week, when the news about Pravin Gordhan’s arrest hit the markets. The rand took a hard knock. The same thing happened when our president replaced our finance minister late last year. The rand is still recovering from that debacle.

It’s also important to remember that South Africa has slipped to the third largest economy in Africa. Despite all the political unrest and increased violence, the Egyptians managed to beat South Africa.

I’ve heard very little from our government on how they plan to correct this serious problem.

The JSE fights hard against negative data
Rate this article
Note: 5 of 1 vote