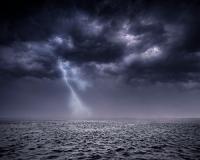 It's hanging over your portfolio like a black cloud. It's threatening your income, your investments and your financial future.

The frightening thing is many investors don't even know that their money is in danger. They're ambling along blind to the fact that they're about to lose a large portion of their investments.

The reality is, if you don't do something about it today, you could lose between 20 to 30% of your investment portfolio.

By the time this threat hits, it'll be too late for you to protect yourself. You'll see your investments fall, panic and sell your shares taking massive losses.

The good news is that there is something you can do right now to protect your investment portfolio from what's to come. Francis Joubert, Editor of the Red Hot Penny Shares portfolio says, “There are still shares you can buy and profit from. You just need to know what, when and how to do it.”

You don't have much time to prepare yourself for the massive fallout that's about to occur. You only have four months to make essential changes to the way you invest. You need to act now, before the rest of the market realises what's happening and the sell-off panic begins.


Recession – The whisper of the word alone has the potential to destroy the economy, your income and your investment portfolio.

But this is no longer just a whisper in the markets. Economists, investors and even the South African Reserve Bank are preparing for a recession.

I am going to show you 11 reasons why a recession is about to hit the country and 3 steps you need to take today to protect your portfolio from impending doom.

Catriona Purfield, the World Bank’s programme leader for South Africa says, “Our baseline is not a recession, but obviously there is a risk of one when this year you are growing so low.” While addressing a South African parliamentary committee, Purfield said that the drought has pushed more than 50,000 South Africans below the national poverty line of R501 a month.

Mining and quarrying operations in South Africa fell 18.1% in the first quarter. That alone contributed -1.5% to GDP growth. With labour challenges, increased mining costs and international financial woes, there’s very little hope that the mining and quarrying sector will be able to perform any better in the second quarter of 2016.

South Africa is in the grip of a serious drought that’s limiting the ability of the agriculture, forestry and fishing industry.  Negative numbers from these sectors are expected to prevail well into 2017 and will continue to batter GDP growth.

The first quarter of 2014 delivered negative GDP growth of 1.6%. The second quarter of 2015, GD growth came in 2% weaker. With a 1.2% drop in the first quarter of this year, this is the third time we’ve seen negative growth. Even though a recession is flagged when two successive quarters of negative economic growth is reported, these negative results are massively concerning.

To avoid a recession, South Africa will need to grow GDP by 1% for the last three quarters of 2016. Given that we’ve been unable to do that since 2013 and the fact that we’re grappling with a serious doubt, makes this expectation nearly impossible.

If there is one area in which President Jacob Zuma thrives its delivering financial scandals and political battles. Think about the recent game of musical chairs he played with finance ministers or his questionable relationship with the Guptas.

These issues pose a serious problem for the country as we are unable to attract international investors or more international business.

Recession indicator 10 – Ratings agencies are like wolves at the door

We’ve just dodged a credit rating downgrade. But the wolves are at the door. There are major concerns around government’s ability to deliver on its growth forecasts of 0.6% for 2016. John Ashbourne, Africa economist at Capital Economics says, “The South African government faces an uphill battle to save its investment grade credit rating.”

"As far as I am concerned we have been in a recession for the past year. The reason is our economy has been growing below the growth levels of our population." – Dawie Roodt.

Roodt, a regular contributor to the South African Investor says, "We need to grow the economy's primary sectors such as mining and agriculture in order for unskilled people to work, but both these sectors are in recession,"

Magnus Heystek, Investment Strategist at Brenthurst Wealth says, “The outlook for returns from the local market has been dealt another blow with this poor growth number, in the wake of the many profit warnings already issued by companies listed on the JSE. Now more than ever, in his view, investors need to diversify and look at investments beyond the local market."


Clearly, there’s a strong argument in favour of a recession hitting the country very soon. That’s why the FSPInvest team are taking serious steps to help investors overcome the possible fall out that’s about to ensue.

I spoke to Francois Joubert to find out if there’s anything we could do to overcome the impact of the recession. He showed me three steps that you need to take to protect your portfolio.

You do not want to sell your shares when the recession hits – that will mean selling at the bottom with the rest of the panicking investors. Francois believes that to avoid the impact of the recession, you need to take a serious look at the number of shares in your portfolio and start making changes now.

Francois says, “I’ve slowly sold off a number of shares in our Red Hot Portfolio. For 2016 I’ve tipped 10 shares in 7 months, while I’ve sold 15 shares. This has reduced the size of our open portfolio by +-25%, thereby reducing our exposure to the market before the recession.”

Recession Protection Step #2 – Get your personal finances in order, cut back on debt

We’ve already seen economic growth slow significantly since the beginning of the year. This is already causing higher inflation and you can expect the reserve bank to hike interest rates even higher to offset the problem.

When investors realise there’s a recession, they start to panic. Suddenly, you’ll see share prices fall and the market will hit rock bottom. This is the perfect time to buy good value shares at bargain prices.
Francois explains, “A study done in the US has shown that the average recession, going back 60 years, lasts around 220 days. Stocks typically hit their bottom, halfway through recessions.  So you don’t make money when buying shares as we enter the recession. You first need the recession gloom to set in, you need to wait for investors to lose hope.”


But how do you know what shares to buy and when to buy them?

Buying and selling shares when the market is low, is a challenge. But that’s why I want to give you all the information you need to make the right investment decisions are the right time. The best way I know how to do that, is to introduce you to the best investment and economic minds in the country.

With the economy teetering on the edge of failure, and the fear of recession becoming a reality as each day passes, you need to get the best investment information to help you drive your investment decision.

This isn’t the time for you to fly off the handle and sell everything. You also can’t just stick your head in the sand and wait for the storm to blow over. By the time you pull your head out, you’ll see all your hard earned money gone.

The truth is you’re spoiled for choice...

You could buy some of Francois’ beloved penny shares and make a fortune from the wild swings in share prices.

You could consider making additional income using the alternative investment strategies I reveal in Real Wealth every month.

Or, you could consider packing your portfolio with all the bomb shelter shares in our flagship investment newsletter, The South African Investor.


FSPInvest.co.za wants to help you make the best investment decisions by introducing you to the experts


The team at FSPInvest.co.za have a knack to spot the trouble before it hits the fan. So, for the past few months, we’ve been engaging with our local and international panel of experts to find out exactly what it is that you should be doing with your money in a pre-recession South Africa.

And here’s the great news...

12 of our top-class investment authorities agreed to share their investment views with you in person. They want to give you the best investment strategies that you should follow.  People like Chris Hart, Guy Algeo, Dan Denning, Francois Joubert, Leon Louw and Justice Malala, just to name a few....

This information is the stuff that world-class investment portfolios are made of. Equities, property, offshore, gold, trading and even personal finance – It all plays a pivotal role in shaping your financial well-being.

This is a “private wealth summit” that promises to deliver a range of captivating financial talks from some of the best investment experts in South Africa and the world.

I’ve spoken at private wealth summits like this before. I know how quickly these events can sell out. The last time we had an event like this, it sold out in less than a week.

So, I encourage you to go here to find out how you can secure your seat and engage with 12 top local and international investment experts.

Let’s build your wealth together,

There's a black cloud of recession threatening your income, investments and financial future - Here's the silver lining
Rate this article
Note: 5 of 1 vote