What will happen to stocks if Britain dumps the European Union? 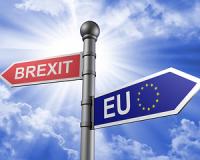 If you thought politics and economics in South Africa is exciting, then you've been missing out on what happening in Europe right now.

The United Kingdom is about to make a drastic decision that could have an impact on the global economic system. On Thursday, the UK will have a referendum on the 'Brexit' - to decide if the UK stays or leaves the European Union.

Last week, a poll for the Evening Standard newspaper showed that the campaign to leave Europe was gaining ground with 53% of Britons now wanting to leave and 47% wanting to stay.

There's very little doubt that the world is watching the result of this referendum closely. If the UK turns it back on the European Union, South Africa and many other countries will feel the effects.


South Africa’s Finance Minister, Pravin Gordhan says we’re in for a difficult time for a difficult time and you should be concerned too. He was quoted in the Sunday Tribune saying, “It may not immediately impact negatively, especially on trade, but the uncertainty could have a serious impact on us as a country,”

“Every currency in the world is now affected by what is going to be decided on Thursday, it might be that the Brexit vote still has a nasty bite to it that will affect the rand in the short term,” says Gordhan.


This means that if you’re invested in any companies with large interests in Europe, you should carefully consider you investment decisions.


Large cap stocks like British American Tobacco, SABMiller, Glencore, Anglo American or BHP Billiton will feel the effect of a negative shift in foreign exchange because they trade on an international level.

Given the fact that this has never happened before, you need to make sure that you monitor your investments closely over the next few weeks.

If Britain does leave, the short-term effects will be immediate; the British Pound will see a drop in value. Companies listed on the London Stock Exchange, like the ones I mentioned above, won’t be protected from the devaluing of the British currency.

So, as Thursday’s referendum draws nearer, take a look at your stock portfolio. Carefully consider your shares and make sure that you have an exit strategy for your investments.
Tags: britain, brexit, investments, british american tobacco, sabmiller, glencore, anglo american, bhp billiton, old mutual, effect of brexit on investments, european investments, global ecconomy

What will happen to stocks if Britain dumps the European Union?
Rate this article
Note: 5 of 1 vote