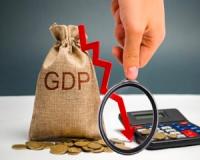 On 8 September South Africa's GDP figures for the second quarter of 2020 was released.

Our economy shrank by 51% annualised in the three months between April and June 2020.

This has put us into the longest recession in the past 28 years.

But even though it was just released, it is ‘old' news, and there are much more important figures to keep your eyes on right now…
________________________________________
You may never see value on the stockmarket quite like this ever again!
Right now, there are a handful of little known stocks at the most attractive levels they've been in a decade:
• A Precious metals producer that's turning mine dumps into money - and it's just signed a deal to get its hands on a 150 million tonne copper opportunity in Africa
• A Pharmaceutical and healthcare company that's capturing the entire value chain from medicine and PPE to medical aids, and health insurance - and even though you've probably never heard of it - it serves more clients than Discovery Health!
• A niche manufacturing company that's literally DOUBLED its footprint in Europe over the last couple of years - and now its expanded with another offshore acquisition
• An essential logistics provider that's paying one of the largest dividends on the JSE - whilst still growing its business year on year.
• An up and coming transport company that's making big money from government's failures in the public transport space
I’ve identified these 5 local companies I believe could double in share price or even more over the next 24 months! You can learn more here.
________________________________________
GDP is a ‘lagging indicator’ – and just confirms what we already knew
In short, the GDP figure only told us what we knew – that the nationwide lockdown decimated our economy.
It doesn’t really help us much with the future.
And that’s what we as investors should be more concerned with. Where are things going, will we see a turnaround in fortunes, and when will that happen…
Estimates are that in April our economy was running at 40% of its capacity.
By 9 August 2020 we were running at around 77% capacity.
But the move to level 2 of the lockdown regulations was only announced on 15 August – so it’s safe to say that since then our economy’s ticked up another couple of points. I expect we’re now running at around 88%-90% of capacity.
There’s already proof that the economy is bouncing back much quicker than we thought it would
Locally and internationally we’ve seen a big bounce from April’s hard lockdown rules.
South African Retail sales show a big bounce

Here’ you can see April 2020 retail sales crashed 49% in South Africa. But May 2020 immediately saw sales bounce back 68.7%, with a further 6.4% growth on top of that in June 2020.
In the USA, basically the largest growth driver in the world, the stats look similar.
US retail sales have recovered lost ground already

________________________________________
What’s all the Hullabaloo?
Conspiracy theories or not… this industry is going to explode!
5G. The most debated topic in the mainstream right now… (beside Covid-19)!
I don’t doubt you’ll have your views, and I’m not here to change them.
What I am here to tell you is this may just be the next greatest investment opportunity in our lifetimes….
If you missed investing in Microsoft, or Amazon, Or Facebook, you don’t want to miss this!
Here are the facts.
________________________________________
The US saw a contraction in March and April as the country tightened up for the pandemic, but since May it has been recovering lost ground. At this stage the US economy is running at around 92%, so the recovery there has also been strong.
My favourite indicator of well-being in our economy is new car sales. You see, it is one of the most important purchases that a household can make. And there’s absolutely no chance someone would fork out the R200,000 to R1million for a new car if they aren’t certain of their job, and sitting with disposable income.
After the worst contraction ever – car sales are back on track

These figures also show that in July 2020 car sales were back at 75% of their average for the 8 months before the lockdown. This correlates well with economic activity at 77% on 9 August.
If you consider these figures it’s clear that in April we saw one of the largest shocks our economy has faced in probably the last 100 years.
But things quickly turned around since then. May was better than April, and June was better than May.
Shoprite actually saw sales increase to such a degree that the group announced an increase to its dividend payment to shareholders on 8 September 2020.
Simply put – these figures show that we’re already bounced back significantly from the hard lockdown of April.
Yes, there will be businesses that don’t make it.
But the ones that do will be stronger and more able to weather future storms thanks to this experience.
We’ve actually already experienced the bulk of the local recovery.
What now remains is opening of our borders, international travel to bring in tourists from all over the world, and the economy will be back to where it was before the lockdown.
Of greater importance to South Africa is our political landscape. Corruption, and bad policy decisions are much greater risks to our long-term stability than the current pandemic.
In my September 2020 issue of Red Hot Penny Shares I shared with readers what my view is on this, and how our government’s ‘scorecard’ to reverse the Zuma damage looks. This should form part of your view when deciding to invest in SA, or take your cash offshore…
I believe we are at the break of a new dawn – and an exciting two years lie ahead of us.
Here’s to unleashing real value
Francois Joubert
Editor, Red Hot Penny Shares
P.S. I have just released details on 5 of the best value penny stocks on the JSE… If you want to get your hands on them right now, go here.
Tags: francois joubert, investing, south africa, economy, gdp