Why the rand will hit R22.44 thanks to this double-whammy 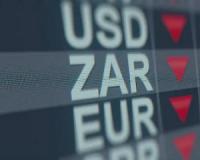 March will be known as the worst month of all-time for the South African rand.

With the ongoing lockdown, the increasing rate of COVID-19 cases, the crumbling economy, and the downgrading from Moody's - It's just been bad news after bad news for SA.

And what happened last week?

Well we saw the South African rand hit record lows passing through the R19.00 mark against the US dollar.

As a proud South African, I believe in time, we will come out of this stronger with new all-time highs on the markets and with new technological developments and idea innovations for the economy.

But right now, we need to act on what is currently going on.

I personally don't believe we have hit rock-bottom yet, when it comes to the rand, and the economic toll is yet to be counted…

And so, in this article I'm going to share reasons why I think the rand will continue to weaken and what we can do to profit from the fall…
________________________________________
HOT UPDATE:
Pickpocket Trader just closed a massive 323% gain on the US 500…
In the same week,  his followers could've banked another 51.57% % on brent crude and 15.8% on Merck!
Read on to find out how you can get in on the next big gain!
________________________________________
The rand hit a real double-whammy with ratings
As if the crumbling economy during the lockdown wasn’t enough, in two weeks we had downgrading from two global rating agencies.
First, we saw Moody’s downgrade South Africa’s sovereign credit rating to junk status.
This was due to the unreliable electricity supply, a weak economy, lower business and investment confidence.
The downgrade resulted in local and offshore investors selling off their positions, which caused the rand to plummet over R18.00 to the dollar.
And one week later on Friday, we saw Fitch downgrade the country’s credit rating from BB+ to BB with a negative outlook – two steps below investment grade.
This took the country further into junk status.
The agency stated that they forecast a 3.8% contraction for SA’s economy in 2020.
And with Fitch’s rating downgrade, sent the rand past R19.00 to the dollar.
Here’s what Bianca Botes, executive director at Peregrine Treasury Solutions, said:
“The reasons cited are no surprise and in line with what markets already knew – weak economic growth and a deteriorating fiscal position. The announcement by Fitch, following last week’s announcement by Moody’s, comes as yet another hard blow to the local economy that is already under severe strain.”
These two downgrading catalysts will continue to see the rand weaken into the year, as already foreign investors have sold a net R46.8 billion rand of government securities in 2020.
“Currencies with weak fundamentals will continue to be hit hard in this environment”
This was said by Hans Gustafson, a strategist at Swedbank in Stockholm.
He stated that South Africa’s growth was weak, even before the Coronavirus outbreak, and that the government finances are deteriorating at a fast pace.
And now with the two junk status downgrades, this will kick South Africa out of the FTSE World Government Bond Index in late April 2020.
This index includes 14 top currencies, including the dollar, euro, yen and is tracked by over $3 trillion of funds.
I suspect that investors will exit their rand positions and pile their money into the US dollar, which will cause a further weakening in emerging currencies including the rand.
And guess what, the charts agree as well.
Why this four-year Rounding Bottom will take the rand to R22.26

In the above weekly chart of the South African rand (USD:ZAR), you can see it’s been forming a large Rounding Bottom (Shaded area).
From 2016 up until 2020, the price has been moving in a half-circle shape from a high of R16.89 down to a low of R11.52.
That was until three weeks ago, where it broke well above the high taking it to the current price of R18.18.
With the buying pressure on for the US dollars against the South African rand, we can expect the rand to continue weakening past the R22.00 mark.
To calculate this target, I’ll use the High-Low calculation which I usually use for my price target predictions:
Price target = (High – Low) + High
= (R16.89 – R11.52) + R16.89
= R22.26
This means, we can still expect a 22.44% gain for the US dollar against the south African rand…
________________________________________
Five penny stocks for crisis profits
• How to pocket up to 30% from this ‘sure thing’ amidst market chaos
• How this coal miner is keeping the lights on during the corona crisis!
• A buyout is imminent, savvy investors stand to make a sweet 60% when it happens
• A transport company that’s about to boom
• A golden opportunity to make as much as 70% with the high gold price
These are my five defensive penny stock plays that could make you richer despite the market crisis. You can claim your preview here
________________________________________
Here’s how I’ll profit from the 22.44% rand fall
With my Red Hot Storm Trader service, I’ll be buying companies that rally when the rand falls.
These are mainly resource companies like BHP Billiton, Anglo Platinum, Kumba Iron Ore etc…
In fact, my Anglo American trade is already up 40% from two weeks ago from when I took the trade…
If you’d like to personally see how I’m going to profit from the rand weakness, you can read more here…
Trade well,