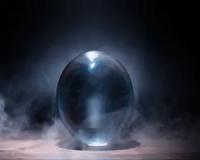 From the 20 teams that started in the rugby world cup, only eight remain.

We've seen some great upsets, from the likes of Japan and Uruguay and some poor performances from Russia and the USA.

However, all the remaining sides cannot be ignored as we go in to the quarter finals.

That's why today I want to give you my predictions for the upcoming knockout encounters this weekend!

England vs Australia
England are looking strong, claiming three bonus points in the three games they played and finishing at the top of their pool.
Their advantage going into Saturday’s game is the rest they have received not playing their final game.
Australia haven’t impressed me much throughout the tournament finishing second in their pool, thanks to a close defeat from Wales.
And much like Wales, England will match and thus neutralise Australia's set-piece strength. They have the more powerful runners and their defence has vastly improved, conceding the least points in the tournament to date, although having played one less game due to typhoon Hagibis.
However, England are currently in the groove against their old rivals, having won their last six matches against the Wallabies, eight of the last 10, and 10 of the last 12 meetings.
Prediction: England to win by 10
New Zealand vs Ireland
The All Blacks looked pretty good in their last meaningful test against South Africa ... more than three weeks ago.
And beat the other teams in their pool with ease.
Meanwhile, the Irish have slowly plodded through their matches, looking slow but building momentum.
Ireland have won two of their last three matches against New Zealand, but have never made it past the Rugby World Cup quarterfinals.
To add to Irelands woes, New Zealand will come in fresh after their final pool match against Namibia was cancelled.
I just don’t see how the Irish can muscle their way in to the semi-finals. This will be an All Blacks day!
Prediction: New Zealand to win by 15

Wales vs France
The third quarterfinal at the Rugby World Cup looks to be a show down between two European heavyweights as Wales take on France.
Wales will try to continue their good run of form against France since they have won seven of their last eight matches against them.


France's unpredictable flair used to give nightmares to their opponents, but now they lack the skill to execute this game plan at the highest level. And Wales' simple, perfect execution of their own tactics is what should give them the victory.
In the 2011 semi-final Wales lost to France after Sam Warburton's controversial red card.
Expect the Welsh to be fired up for revenge come game day!
Prediction: Wales to win by 7
South Africa vs Japan
Japan will look to continue their impressive run as they face South Africa on Sunday.
In probably the most anticipated quarter finals match, the hosts Japan will benefit from a home crowd advantage.
Japan famously beat South Africa in pool play at the 2015 Rugby World Cup, but then failed to make the quarterfinals after a big loss to Scotland.
South Africa finished behind the All Blacks in the pool stage, but have arguably landed on the softer side of the draw because of it.
They crushed their remaining pool matches along the way.
Japans fairy-tale run ends Sunday night at South Africa make it to the semi-finals
Prediction: South Africa to win by 15
Until Next Time,