7 out of 8 right! - don't miss my next bold prediction going into the semi-final of the Rugby World Cup! 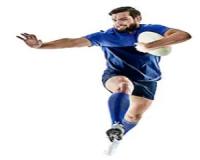 Last week Thursday, I gave you my predictions for the quarter final of the Rugby World Cup.

And lo and behold… Source (https://extratime.media/)
As you can see semi-finals have, in recent years, been dominated by penalties.
This is good news for South African fans as Handre Pollard’s kicking prowess is unmistakable and could become a huge factor in the semi-final clash between South Africa and Wales.
So now that we know how points will be scored and from which teams, we can now break down the upcoming semi-final clashes!
New Zealand vs England
At the start of the tournament, only three teams had a realistic chance of challenging the dominant two-time defending champions in a head-to-head clash.
And England’s one of them…
Based on the quarter-final thumping, the All Blacks are peaking at the perfect time.
Steve Hansen has once again proved what a mastermind he is, knowing exactly how and when to get the best out of his team. It’ll take a mammoth effort to deny them entry into the final.
Prediction: New Zealand by 7
South Africa vs Wales
The Springboks flexed their muscles against Japan to win their quarter final 26-3.
Wales presents a contrasting challenge to Rassie Erasmus and his team as Wales employ a more structured, tactical game plan.
Like the Springboks, they put a high premium on playing in the right areas of the field and prefer to play without the ball, banking on turning defence into attack. Execution, especially when it comes to tactical kicking.
What will the Springboks do with the extra possession they’re expected to have? It’s unlikely that the disciplined two-time world champions will be coaxed into running out of their territory.
The fact that South Africa have only won four of the 14 tests and have never beaten Wales under a French referee is a bit of a worry but like in that knockout clash four years ago, the Springboks should have just enough firepower to overcome Wales come Sunday.
Prediction: South Africa by 10
Until Next Time,

7 out of 8 right! - don't miss my next bold prediction going into the semi-final of the Rugby World Cup!
Rate this article
Note: 3.75 of 2 votes