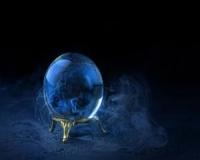 Last week Thursday I gave you guys my round 1 picks for the Rugby World Cup.

And if you'd taken each one of my predictions, you would have walked away with an 8 out of 8 winning streak.

I have been receiving a number of emails from my members asking the same question:
“How did you do it?”
So, today I want to share with you my process I used to make my winning predictions.
Let’s get to it.
________________________________________
Why the 2019 Rugby World Cup could be your ticket to win big!
Learn the simple secret of taking the gamble out of gambling
Tap into our newest private profit powder keg and watch over our shoulder as we reveal the 'insider's edge' that will explode your profits and gain you a spot in the 'winner's circle!'
________________________________________
• Know the team you’re betting on
This is probably the most important step when you’re going through your betting process.
Knowing who will be playing on game day is crucial, the last thing you want to wake up to is a star player, you based a lot of your decision on, not making game day.
You will want to know:
• Who will be starting?
• Who will be on the bench? And
• Who is injured?
Once you know who will be on each team, you can now identify the teams playing styles.
Each team have their own type of playing style. For example, New Zealand plays an explosive fast paced game, utilising their back line to get the ball as fast as possible down the line, enabling them to score more tries.
While South Africa on the other hand, relies on their forwards big power to slowly carry the ball, while utilising their kicker.
From this you can see that New Zealand’s style of game play puts high points on the board while South Africa, will have more penalties but a lower scoring game.
• Understand the Rugby betting market
Understanding the market your betting on is just as important as knowing who your betting on.
In rugby, the winger scores the first try more often than not, with one study that suggests this occurs 70% of the time.
If the winger doesn’t score the first try, it’s more frequently a member of the back line than a forward.
During the 2016 Rugby Championships, in all six matches that New Zealand played, a member of the backline scored the first try.
And out of those six games, four of them were the wingers!
In that same competition, South Africa saw their opening try scored by a winger 50% of the time.
Understanding the rugby betting market, will allow you to identify a team with strong players that utilise both their forwards and backline to win the game.
• Form is important
With a tournament like the Rugby World Cup, which is only played every four years, a team that was strong in the last tournament, might not be all that great this time around.
This is where form comes in.
Prior to the rugby world cup, tournaments are held, this gives you an idea of the current form a team is in.
Watching the warm up games before the official kick off is imperative.
Knowing if a team’s form is good or not likely increases your chances to spot an underdog, or take advantage of bookies who over value a particular bet, like a handicap.
There are a number of websites that offer form guides, but always take them with a pinch of salt – watching the games is a much better way of understanding a team’s current form.
________________________________________

• Putting it all together
Now comes the time for you to pick which side will win.
You need to put all you have leant, researched and formulated and make a call.
If two of these three points are awarded to one side – they have a better chance of winning and so do you.
Anything less and you will not see the results you want.
And if you need help, then join the Winning Streak today! –And you can sit back and relax as you enjoy the Rugby World Cup while we put money into your pocket!
Until next time, 8 out of 8 winning Rugby World Cup bets and doubled my money - Here's how I did it
Rate this article
Note: 4.75 of 2 votes