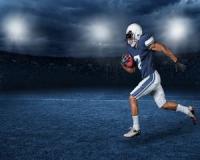 It's an iconic chant you hear roaring throughout any football stadium.

It's so important and such a big talking point that most post game shows only ever talk about a team's defensive stats.

That's why today, I want to wade through all the nonsense and give you the most important defensive stats!

Let's get started…
________________________________________
Do NOT Retire Until You Read This Book
If you’re retired or approaching retirement…
And worried you don’t have enough saved…
Then you’ll want to pay VERY close attention to this short message.
Because today, I’m going to show you how to claim your FREE copy of my new book, The Little Book of Big Income Secrets..
Just look at a few of the income-generating tips and tricks you’ll find inside…
• The quickest, easiest way to set up an income stream that’ll pay you consistently for life.This is the first thing I recommend ANYONE nearing retirement does. It takes just five minutes to set up, but this income stream will pay you consistent monthly income you can rely on. It couldn’t be easier! Full info on page 13.
• The one income investment that pays you FOUR TIMES MORE than any stock on the JSE. Page 17
• Become your own “power-producer” and earn a monthly income. Page 38.
Click here to get your FREE copy of my new book!
________________________________________
What is defence in the NFL and how is it important?
The team that begins the play without the ball is known as the Defence!
The main objective of the defensive team is to prevent the other team from scoring.
Defence is about hard work, short play time and aggressive competition!
And here’s why its so important it’s not the team in possession who ‘generally wins but rather… “A Good Defence wins championships”.
Defensive Stat 1: “Get off the field!”
This is a defence’s most important job: Get off the field!
A defensive team has to get off the field as soon as possible and they do this by shortening the amount of time the offensive team has the ball.
Quarterbacks are the offensive team’s most valuable player and the more time they have with the ball the better the chance they can get into a rhythm, and so a defence’s ability to get off the field in three plays prevents that quarterback from attaining a groove.
No statistic matters more to a defence than getting off the field in three plays.
Defensive Stat 2: Limiting the time of possession
This is more important for a defensive team than an offensive team, for the various reasons outlined above.
Defences, though, always need to find ways to limit the amount of time they are on the field, which equates to the amount of time the opposing offense has the ball.
As outlined above, the more time the offensive has, the better chance the quarterback can find his groove and make valuable plays.
Defence is always looking to shorten the time the offence has the ball and get off the field!
Defensive Stat 3: Limiting the yards per play allowed
This is something the defensive team have to be concerned about because they are focused on not giving up the big play and letting the other team score.
As a defensive player, they are taught to keep the ball in front of them and for good reason.
It’s also important for defences to force opposing quarterbacks to complete 10 passes instead of one or two.
This forces the quarterback to make more plays, putting more pressure on a quarterback and increases the odds the quarterback will make a mistake from which they can act on and get possession of the ball.
Allowing 70-yard plays takes a lot of the burden off a quarterback and on the offense team, which is not good for the defensive side.
Defences know this very clearly and will always try to limit the amount of Yards per Pass Attempt Allowed.

Defensive Stat 4: Changing the possession of the ball
Plus-Minus on Turnover Differential is another important stat and a central aspect of great defence. This stat will show you the ability of the defensive team to take the ball away from the offensive side.
This is not only another way to get off the field quickly, but to flip field position and change the leverage in a given situation.
Defences have to become proficient at raking the ball away if they want to win the game and succeed in the NFL.
If you use these four defensive stats when analysing your next NFL game, you’ll find that a team with “A Good Defence wins championships”.
Until next time,