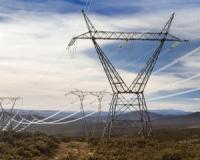 In May 2018 I told investors about Eskom's impending coal supply shortage, the Eskom Coal Cliff.

For years Eskom hasn't invested in new coal mines, and it hasn't been willing to sign new contracts with large mining companies.

Whilst diversification of supply is a good idea, the fact remains there are only a handful of miners that can supply the massive volumes that Eskom requires to keep its coal hungry power plants running.

It seems that this policy has come to bite Eskom now.

A Ten-Fold growth opportunity sitting right in front of you thanks to Eskom's coal cliff
Rate this article
Note: 4.14 of 7 votes