Apple is worth nearly a trillion dollars.. but the ‘EV' Revolution promises to be even bigger! 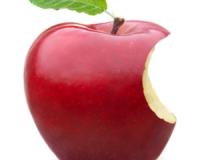 In the race to the world's first public company worth a Trillion Dollars, Apple is closer than ever!

Between November and December 2017, the company hit $900 billion - nearing the Trillion dollar mark…

With the IPhone, IPod and IPad - Apple has managed to become the largest company in the world!

But new, research points to the EV revolution being MUCH bigger!

The fact is, Electric Vehicles (EVs) will do for the transport sector what Apple has done for the communications sector.

Here's why…
READ: THREE that could SOAR: Get my urgent penny stock plays for 2020 Click here to find out now


The EV revolution has started – and it will soon be bigger than anything you’ve seen in your lifetime!
EV sales are soaring worldwide…
In China, there were 89,546 ELECTRIC BUS sales in 2017.
South Africa in contrast sold 1,131 buses for 2017. That means demand for electric buses in China was around 7,817% higher than total demand for buses in South Africa!
In fact, in China alone, over 600,000 electric cars were sold in 2017.
Tesla, for the first time increased EV sales above 100,000 in 2017.
And worldwide, sales overtook 1 million cars in 2017, from around 700,000 in 2016.
But perhaps I can show you the scale of what is to come best, with the following two charts:
EV sales have already started on an exponential growth curve In 2010, EV car sales barely registered on the radar.

But you ain’t seen nothing yet…


EV sales now, aren’t even a fraction of what they will be in a couple years, time Simply put – sales presently are basically ‘zero’ compared to what they’ll be within the next decade.
According to Bloomberg estimates, because of economies of scale and improvements in technology electric vehicles will become cheaper than petrol and diesel engines by 2022.
And its at that point that sales will REALLY take off!
By 2030, EV sales will hit 100 million cars a year.
That’s 100 fold growth in twelve years from now!
2039 will see sales hit 400 million cars a year. That’s FOUR HUNDRED FOLD GROWTH from current levels!
We’re talking a market that could be worth TRILLIONS. Not one trillion or two trillion dollars. MULTIPLE TIMES of that!
The electric car revolution is here to stay
A 2012 study by oil producing companies put electric cars at 1.2% of the global vehicle fleet in 2035.
By 2015, these same companies revised their forecast upward to 6%. That means they were wrong by a factor of FIVE TIMES in a mere three-year period. I believe these figures are still a bit conservative…
According to Morgan Stanley’s “Global Autos and Shared Mobility” team of analysts, electric cars will take over the world.
A recent article by the MIT Technology Review states that “Electric vehicles will become a more economical option than internal combustion cars in most countries in the next decade.”
South Africa doesn’t sport any electric car producers on our stock market.
Here’s to unleashing real value

Apple is worth nearly a trillion dollars.. but the ‘EV' Revolution promises to be even bigger!
Rate this article
Note: 3.8 of 10 votes