Beware: Not all stable coins are created equal 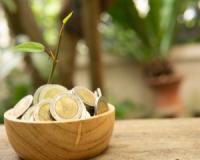 To eliminate volatility and create stability in crypto prices.

Without price stability, cryptocurrencies may struggle to achieve mass adoption, widespread circulation and, ultimately, everyday use.

So these cryptos could be a game-changer if they're able to solve this problem. But as with most investments, not all stable coins are the same.

You get three types (which I briefly touched on last week).

Today and over the next two weeks, I'll explain each type and the coins that have been developed and if the coins could really be a game-changer for the crypto market.

Beware: Not all stable coins are created equal
Rate this article
Note: 4.58 of 6 votes