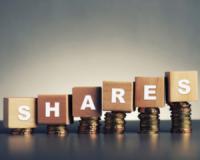 You've probably never heard of Abraham Germansky and Jesse Livermore. Both were investors nearly 100 years ago.

Abraham Germansky was a multimillionaire real estate developer in 1920s. He also loved stocks, investing heavily as the market boomed. But when the crash of 1929 unfolded, he was wiped out.

After that he disappeared.

On the other hand, Jesse Livermore had a very different experience.

Did you know getting rich can be the biggest obstacle to staying rich
Rate this article
Note: 3.5 of 3 votes