Don't be a victim of the Monte Carlo fallacy 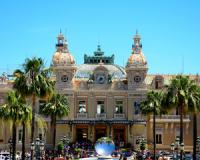 After the 15th black, gamblers from all over the casino started to pile on to red, assuming the chances of yet another black was out of the question.

Guess what, many people lost a lot of money, this illustrates the irrational belief that one spin somehow or another influences the next.

Casinos are full of people committing the Monte Carlo fallacy

The Mote Carlo fallacy also known as the gamblers fallacy is the idea that past results influence future results.
Much like sports betting, we use historical data to analyse and predict future results. However, when gamblers take this idea into the casino, things start to get bad.
Going back to our story, someone noticed that the roulette ball had landed on black over a dozen times in a row. People got interested and started throwing money on the table.
Their thought process was that the ball had landed on black so many times, it had to land on red eventually.
It did, but not after the 26 spin of the wheel, of which each spin saw a larger number of people betting more and more money over to red.
Many people lost that night, because they believed that a long streak of black had to be followed by a long streak of red.

Why do we fall for this betting fallacy?

Well, we experience this in everyday life.
People fly all over the world, those who fly more frequently, assume that they are coming ever so closer to a crash.
Even though every flight is completely independent from the last.
The same can be said about driving to work every morning, or taking a rickety taxi.
As humans, we can’t help but think that the past somehow effects the future.

The problem of not understanding the maths behnd gambling

Let’s use a simple coin toss as our example.
A coin has a 50% chance it will land on either heads or tails. Whether you flip it six times or six thousand times.
People will assume that the coin has some kind of memory of how many times it will be thrown during any given amount of times.
That’s a mouth full.
But in reality, if you were to toss a coin six thousand times, the total number of heads and tails would be close to 50/50.
Lets add more flips, to six million, and you will find that the ratio gets even more closer to 50/50.
Now zoom in on some of those flips, and we will see streaks of only heads and only tails that don’t necessarily make a difference in the overall six million flips.
This is the difference between the Monte Carlo fallacy and the casino’s reality.
A flip of a coin has nothing to do with its past result, it holds no memory, no bias and no intention.
Therefore, every flip of the coin will have an equal 50/50 chance of either heads or tails.
So don’t fall for this the next time you think you’ve spotted a pattern at the roulette table, you’ll just end up padding the casino’s wallet and emptying yours.
So if there's one important rule that you must take away from all of this, it's this.
Know that every spin on the roulette wheel should be seen independent from each other.
Just because, the ball lands on black five times in a row, DOES NOT mean it will land on red the next time.
Why?
Because the chance of it landing on black or red is the same, with every spin.
Just knowing this, could save you from making an unnecessary mistake the next time you play roulette.
Until next time, Don't be a victim of the Monte Carlo fallacy
Rate this article
Note: 3.75 of 2 votes