Don't let your brain trick you into making the wrong bet! 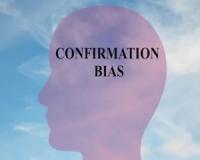 When was the last time you decided to bet on a team, but discovered new information and changed your bet to back the opponent?

If you don't do this very often, it could be because you've become victim of “Confirmation Bias”!

It's a little known phenomenon that can end up destroying your bankroll and put you out for good.

But don't worry, because while this may be something harmful to your sports betting, there is something you can do about it!
________________________________________
Did you miss ANOTHER double-digit gain this last month?
Those canny Pickpocket Traders didn’t - this time an 88.25% gain from a USD/ZAR trade.
And this isn’t a one-off lucky strike. Since June, Trader X and his followers have banked gains of 22.52% from a europena media company... 29.41% from Standard Chartered and 31.25% from BMW!
You can find out how to test-drive these trades right here…
________________________________________
• What is confirmation bias?
The theory behind “Confirmation Bias” is simple.
People prefer to stick to what they know, rather than change their opinion based on new information.
This increase in subjectivity is a huge NEGATIVE for sports bettors, as it takes your attention away from information that could have given you the advantage.
• How to avoid Information overload
Google has provided a wonderful opportunity to demonstrate the power of confirmation bias.
Choose one of the following conspiracy theories that you disagree with:
“We never landed on the moon”
“Storm Area 51”
“9/11 was an inside job”
Now take one theory and search it in Google. You’ll find millions of results logically discussing an objectively very suspect theory. The second result for Moon landings is titled “100% proof we never walked on the Moon”.
Page two for aliens offers a huge list of reasons why we should raid Area 51, while 9/11 has “Facts Proving 9/11 Was an INSIDE JOB”.
The chances are that none of the webpages you’ve just looked at have changed your opinions, despite the vast number of them. Of course, in this case that could be considered sensible, but it shows that despite 549 million results (in the case of 9/11), pre-set opinions are difficult to change.
People prefer to stick to what they know, rather than change their opinions based on new Information.
The same occurrence happens when weighing up sports teams For example, most people consider Brazil an excellent team, despite winning just 54.3% from 36 games prior to the 2013 Confederations Cup.
Stock market investing is not that different to the sports betting market. In fact, a study by Park et al in 2010, showed that investors gathered information about a prospective stock by looking for information that confirmed their existing opinions about that particular stock.
The investors who experienced the strongest confirmation bias made the LEAST money.
Bias also extends to track your own betting success. Because we all want to believe we’re doing well, we’re prone to bias our performance, and remember our wins much more strongly than our losses.
________________________________________
From the man who bought bitcoin for just $12…
“If you want to make a killing from cryptocurrencies – read this book as FAST as you bloody can!”
Anyone with a tiny stake to spare could reap thousands – even tens of thousands of rands – from this erupting financial market.
That’s why I’ll rush out your personal digital copy for just R100.
That’s it. For a limited time, R100 is all it costs to get your guide to the biggest wealth creation event in history…
CLAIM YOUR BOOK IMMEDIATELY
________________________________________
• How to put a stop to confirmation bias
To relieve the effects of confirmation bias, ALWAYS try to take an objective approach by weighing up new information and challenging your existing opinion.
This way, you’ll make you a savvier bettor.
Until next time, Don't let your brain trick you into making the wrong bet!
Rate this article
Note: 5 of 1 vote