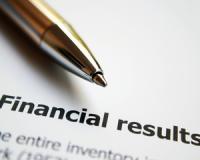 That must be one of the biggest runs a stock has done on the JSE this year!

So, what does this mean for investors like us? Is there further upside potential in EOH?

Let's have a look at the latest results from the company - released at 08:00 on 16 April…
________________________________________
Recommended: If you’re looking for profitable investment ideas for 2019, then I suggest you look here.
________________________________________
What EOH’s results can tell you about the company’s future
EOH’s interim results looked encouraging to investors.
The company reported ‘Normalised revenue’ of R8,194 million compared to R8,193 million in the previous period.
But EBITDA (Earnings before interest, tax, depreciation and amortisation) dropped from R1,088 million to a mere R387 million.
And cash reserves dropped by nearly R500 million from R1,418 million to R957 million.
The company also states that its net asset value is R4,574 million. Compared to a market capitalisation of R2,295 million – EOH looks like it is still trading at least at a discount of 50%.
The company stated that: “The period under review marks the dawn of a new era for EOH. The appointment of key executive team members, including a new Group CEO and CFO, a revitalised strategic intent and transparent approach have greatly assisted the Group in navigating its way through the challenges to date and to set the direction for the future.”
So is this ‘dawn of a new era’ of EOH the real thing?
So surely there’s further upside in EOH’s share price?
The stock is down from R176 and now trades at R16.
Management says it has turned over a new leaf.
Profits dropped, but it is still profitable, and revenue has held up.
Unfortunately, it isn’t that straightforward.
There is a major smudge on EOH’s reputation that refuses to go away…
You see, on 12 February 2019 EOH announced that Microsoft has cancelled its partnership agreement with one of EOH’s subsidiaries.
A 19 February statement by EOH followed stating that the cancellation of the Microsoft partnership was related to EOH’s own internal investigations into possible fraudulent public sector contracts.
On 25 March 2019 Moneyweb reported that “Microsoft terminates more agreements with EOH”.
In short – EOH had not only lost the initial partnership deals with Microsoft through EOH Mthombo, but on 12 March 2019 Microsoft notified EOH it would terminate its partnership agreements with a string of EOH owned companies – and these are possibly also related to fraudulent or corrupt contracts.
EOH stated that “During these engagements, Microsoft’s local office advised EOH that they had initiated their own investigations into contracts involving Microsoft and government which may take six to 12 months to conclude. They advised they would not be able to enter into any discussions regarding reinstatement of the partnership until they had concluded their investigations.”
TechCentral reported in February that Microsoft had terminated longstanding partner agreements with EOH after an anonymous whistle-blower filed a complaint about alleged malfeasance involving a South African department of defence software procurement deal with the US Securities & Exchange Commission (SEC).
The whistle-blower lodged the complaint with the SEC at the end of November 2018 under the US’s tough anti-graft legislation, the Foreign Corrupt Practices Act. At the same time, the whistle-blower, through a firm of attorneys, wrote to Seattle, Washington-headquartered Microsoft’s board of directors, asking it to investigate the matter and take appropriate action.
The allegations centre on a contract, worth R120-million, awarded by the department of defence in 2016 to EOH Mthombo.
Following receipt of the letter, a Microsoft board committee hired Seattle law firm Perkins Coei to probe the matter. The whistle-blower’s complaint and the subsequent investigation by Perkins Coei led to an instruction by Microsoft to its South African subsidiary to terminate its agreements with EOH.
Recommended
________________________________________
A R10,000 yearly investment using this secret would be worth R737,363 today This wealth secret is the most powerful force in finance. It’s the force behind almost every fortune. The brilliant financial writer of the Dow Theory Letters, Richard Russell, called it “The Royal Road to Riches.” And it’s been mathematically proven time and time again as the #1 ’how to get rich quick’ trick in the modern world.
Even Einstein joked that it is “the most powerful force in the universe.”
Click here to generate a R700,000 windfall starting with R10,000 using the oldest wealth trick in the world.
________________________________________
Would I buy the share at these levels?
In January this year EOH was included in 14 reportable irregularities in Eskom’s interim results.
EOH responded by saying these matters were investigated and EOH was not implicated.
There are also reports of government’s Treasury and the NHBRC allegedly “Blacklisting” EOH back in 2018.
At the very least it seems there’s reason to be worried about EOH’s business practices.
Now we could argue that under new management this will end.
And that might be true.
But the ghosts of the past will continue to haunt EOH.
For one – it seems like the company will see greatly reduced if not a complete end to its government contracts going forward.
At worst we could see legal action from government. We could see many of the businesses that were acquired by EOH over the years seeking exits from the company – and using legal avenues to do this.
What this would mean is new management will be focused on putting out fires instead of growing the business.
Would I buy the share at these levels?
If I had money lying around, burning a hole in my pocket. Money I could afford to lose… Maybe.
But the fact is IT is competitive. And if EOH doesn’t keep its eye on the ball it can easily lose market share going forward. I don’t think this is the end of the company’s earnings decline. And I would be very wary of buying into the ‘dawn of a new era’ before all the skeletons are out of the closet…
Here’s to unleashing real value,

Francois Joubert,
Editor, Red Hot Penny Shares
P.S. If you haven’t yet got a copy of my Extreme Wealth Explosions Playbook for 2019, go here now. It details six quality stocks that are massively discounted from their true value and when the market cottons on you can generates thousands instantly. Find out how to claim a free copy here.

EOH shares just jumped 71% in the past week - here's what its results said
Rate this article
Note: 4.5 of 3 votes