Four factors to consider when looking at home field advantage 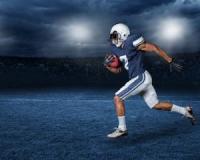 The general consensus amongst professional sports bettors is that home-field advantage in the NFL is worth three points.

But there are a number of factors that go into that…

Those variables can change making the advantage more or less valuable.

Today I want to take a look at those factors that bettors should consider before wagering on NFL games and then examine the home-field advantage of each of the 32 teams.

Let's get started…
________________________________________
Do NOT Retire Until You Read This Book
If you’re retired or approaching retirement…
And worried you don’t have enough saved…
Then you’ll want to pay VERY close attention to this short message.
Because today, I’m going to show you how to claim your FREE copy of my new book, The Little Book of Big Income Secrets..
Just look at a few of the income-generating tips and tricks you’ll find inside…
• The quickest, easiest way to set up an income stream that’ll pay you consistently for life.This is the first thing I recommend ANYONE nearing retirement does. It takes just five minutes to set up, but this income stream will pay you consistent monthly income you can rely on. It couldn’t be easier! Full info on page 13.
• The one income investment that pays you FOUR TIMES MORE than any stock on the JSE. Page 17
• Become your own “power-producer” and earn a monthly income. Page 38.
Click here to get your FREE copy of my new book!
________________________________________
What Is Home-Field Advantage?
Home-field advantage is the underlying idea that a team gains more of an advantage when playing in front of their own fans.
They know the turf, they’ve got more fans in the stands and they get to sleep in the comfort of their own bed, something they don’t have when they travel as a visiting team.
Studies have shown that teams tend to win more at home than away.
But it is a combination of elements that give the home team the advantage.
And the first factor behind home field advantage is…
The Venue: “It’s either grass or your arse”
Since we are talking about the NFL, a sport played across the USA, the venues at which games are played have a huge impact on a team’s performance.
For example, the Indianapolis colts running under Payton Manning notoriously trained indoors on synthetic turf where the weather played little to no role.
However, the Denver Broncos play and train on grass.
The reason why the venue and the state of the playing field is so important is due to injuries sustained playing on synthetic turf.
A study showed that playing on synthetic turf in the NFL resulted in a 16% increase in lower body injuries compared to the same injuries on natural grass.
Here are some of the findings from the 2019 study:
• 4,801 lower body injuries occurred during the study sample, affecting 2,032 NFL players.
• Synthetic turf resulted in a 27% increase in non-contact lower body injuries.
• Athletes had a 56% higher rate (knee/ankle/foot) of sustaining an injury on synthetic turf that resulted in time lost, and a 67% higher injury rate resulting in more than 8 days’ time lost from injury.
• Athletes had a 68% higher rate of sustaining an ankle injury rate on synthetic turf that resulted in any time lost from injury and a 103% increase in injury rates on synthetic turf resulting in more than 8 days’ time lost from injury.
To find out which stadium and team play on synthetic turf, go here.
Onto the next factor that affects home-field advantage.

Travel Factors
For example, if a team based on the west coast like the Los Angeles Chargers, is forced to travel to the east coast to play a game against the New England Patriots then they will be at a clear disadvantage.
There is a good chance there will be some fatigue from the travel and if the game is scheduled for 1:00 PM Eastern Time, it will feel like 10:00 AM Pacific Time for the Chargers’ players.
Protect your house – The familiarity of home
There is an assumption that players feel more comfortable playing in familiar surroundings at home and therefore they perform better.
Research has shown that home players produce an elevated level of natural testosterone when defending their own territory in home games and this is obviously important in sports that combine both skill and aggression like the NFL.
The impact of home field advantage might not be as high in division games where those players feel that natural instinct to raise their level of play but the familiarity and desire to “protect your house” could have an impact.
The sub-conscious referee bias
The final factor that could play in to home advantage is the potential bias the officials might show when they referee the game.
Strong home support from the fans could lead to referees being more generous with the home side regardless of whether or not they even know they are doing it.
Officials in the NFL tend to throw more penalty flags on the visiting side, as noted in the 2013 season when on average they threw 7.4 per game for the road team compared to 4.9 per game for the home team.
So there you have it…
These are the factors I consider when placing my bets on the NFL and so should you as it really can improve your odds of betting on the right outcome!
Until next time,

Four factors to consider when looking at home field advantage
Rate this article
Note: 3.75 of 2 votes