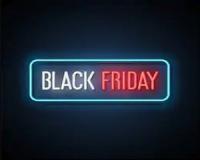 Black Friday is almost upon us.

And many shoppers are already hunting for potential “Black Friday” bargains.

But I have another idea for you…

As ordinary South Africans head to the stores, set on spending more, owning more and having more, why don't you park the trolley and, instead take this opportunity to treat your future-self.

And, I totally understand if you use the Black Friday Specials to wisely purchase vital items at a discount. But, for many it's too easy to be swept away by this frenzied shopping fiasco. The likelihood is you'll overspend on things you just don't need.

So, while I'll be stocking up on value items, I've also learned moderation is key to my personal happiness.

I say cut the clutter!

This year, I'll be avoiding the queues, the hassle, the traffic and instead using my end-of-year bonus to stock up on the gift that keeps on giving…

I'll be buying these blue-chip stocks that actually benefit from the Black Friday madness!