Has the “Crypto Revolution” reached SA? 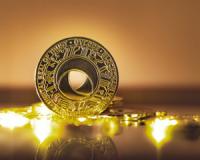 We all know the “Crypto Revolution” has taken the world by storm. And on many occasions, I've revealed some of the game-changing events happening in the global crypto market.

Events like, the New York Stock Exchange (NYSE) opening up a bitcoin exchange and Goldman Sachs moving ahead with a crypto trading desk.

And how the absurdly wealthy Rockerfeller and Rothschild families were stocking up on cryptos.

But what I haven't yet revealed is the huge events happening in South Africa's crypto market. In fact, these events show how this “crypto revolution” has hit South African shores.

Three ‘Rocket Stocks’
that could make you
up to 726%

And these three stocks could be your ticket to this potential profit explosion:

Find out all the details right here

Recently a fourth company announced its intention to enter the crypto space.

In its 2018 financial results, the company said,
“We aim to launch SygniaCoin, a cryptocurrency exchange. The cryptocurrency market is evolving at a rapid pace internationally and domestically, and is attracting both domestic and international flows”.
Will this happen, we’ll have to wait and see, but if it works, it could give South Africans a much wider access to many cryptocurrencies.

Crypto ATMs in SA: You can now buy and sell cryptos for cash
A recent article on Business Insider SA uncovered the opening of SA’s first cryptocurrency ATM by Northwold Spar. It apparently supports multiple cryptocurrencies like Dash, Ethereum, and Bitcoin.

Although this is huge news for SA’s crypto market, this really isn’t the first one.

In 2017, a Bitmart cryptocurrency ATM was installed in Nelspruit.  It supports multiple cryptocurrencies, including Bitcoin, Ethereum, Litecoin, Dash, and ZCash.

How cryptocurrency ATMs work is, they allow users to buy and sell cryptos for cash without requiring a bank account.

You simply supply a QR code containing their chosen cryptocurrency wallet address, either through a smartphone app or by printing it out. The machine then scans the user’s QR code, accepts the cash payment, and deposits cryptocurrency into their wallet.

And the thing is, they don’t abide by the same regulatory rules that apply to normal bank ATMs, which makes it hard to track them.

What’s great is, it’s now becoming easier for South Africans to buy and sell cryptos.  And if this news doesn’t prove that the crypto revolution has reached South Africa’s shores, then check this out…

Breaking:  A small group of savvy South African traders are pocketing fast gains like 116%, 61%,  92% and 101% in the global financial markets. You can find out how here…
The biggest SA crypto news right now and what it means for one crypto
Earlier this year, the South African Reserve Bank (SARB) revealed it launched a new project called “Project Khokha”.

An article from tech website Mybroadband explained the project,
The aim of the project is to understand DLTs through the development of a proof of concept (POC) in collaboration with the banking industry.

The objective of the POC is to replicate interbank clearing and settlement on a DLT, which will allow the SARB and industry to jointly assess the potential benefits and risks of DLTs. The POC involves the processing of wholesale payments using Quorum, an Ethereum enterprise DLT.

So, why’s this big news?

In other words, it could change the face of banking in South Africa!

In fact, SARB recently released its findings on the project and the conclusions were simply staggering. Mybroadband explained,
Project Khokha tested whether the following is true of an Ethereum-based real-time gross settlement system:
***************************

Don’t miss your chance to pocket fast gains from the global financial markets - Like 106% on the Ozzie dollar, 62% on copper and 92% on the US500
A small group of traders are banking profits every 3 to 6 weeks on the international markets…

Readers are poised for yet more double-digit wins in the weeks and months ahead.

You now have a chance to join in. Just click here to learn more.

Did you miss ANOTHER triple-digit gain this last month?

Those canny Pickpocket Traders didn’t - this time a 106% gain from an AUD/USD trade.

And this isn’t a one-off lucky strike. Since the beginning of this year, Trader X and his followers have banked gains of 101% from Gold... 61% from Copper and 92% from the US500!

SARB will release the full findings later this year, but as it stands, this is great news for South Africa’s financial system and the local crypto market.

More importantly, this also proves that ethereum-based technologies can solve global financial problems. And this means ethereum could see massive demand and of course, a massive price surge.

Although all these major events are happening in the crypto markets, we haven’t quite seen it reflect in their prices. In many cases, cryptos have fallen.

But this is the nature of crypto. It’s a wild ride.

But as you can see, there are huge things happening in the crypto space right now – not just in South Africa – but globally too!

P.S. How would you like to cash in on Three Triple Digit Profit Plays in 2018? Starting with these three ‘Rocket Stocks’ that could double your money in the next 12 months, TRIPLE it in 24?

Has the “Crypto Revolution” reached SA?
Rate this article
Note: 3.85 of 13 votes