How do elections affect the stock market? 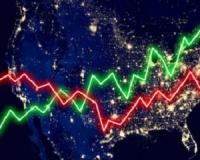 Right now everyone's talking about the US presidential elections. While the US president doesn't directly affect us - what happens to the US economy affects the entire world. So, there's definitely some merit in keeping an eye on the Americans…

Similarly - in 2021 we'll have local government elections again in SA as well.

So how do elections affect the stock market? And is there anything you should take heed of?
________________________________________
DISCOVER: Could this be the biggest investment story of 2020?
________________________________________
Here’s what studies on election years show
According to a 2019, Dimensional Funds report, the market has been positive overall in 19 of the last 23 election years from 1928–2016. That means 82.6% of the time election years are positive years for the stock market.
Looking at the rest of the data – the first year following an election year is usually the worst performing year for stock markets. Which kind of makes sense – as a new president, setting new policy could create uncertainty. Or changes in how things are done could simply create a bit of a lag on the economy. It could even be that the election year’s performance means the market runs ahead of its valuation.
This "Presidential Election Cycle Theory" was originally put forth by Yale Hirsch, creator of the Stock Trader's Almanac. It was furthered by Pepperdine professor Marshall Nickles, in a paper called "Presidential Elections and Stock Market Cycles," which presented data showing that a profitable strategy would be to invest on Oct. 1 of the second year of a presidential term and sell on Dec. 31 of year four.
These studies have pointed out some important trends, but that doesn't mean they always hold true.
What the US election could mean for SA?
There’s not a lot that can happen to ‘upset’ the markets in terms of this election. Because US elections are only really contested by two parties – the president in control actually has limited effect on the outcomes in the long run.
The US senate, and the House are what truly control the narrative. And at the end of the day these two typically alternate between Democrats and Republicans. In fact, having the Republicans in control of one, and the Democrats in control of the other helps with checks and balances in the US.
Under a Trump controlled White House however we can expect further ‘trade wars’. And that’s bad for SA, as we’re dependant on exports to the US for a lot of our offshore income.
In 2018 a Trump import tariff on steel and aluminium cost our manufacturing industry around R3.5 billion and 7,500 jobs. Later some exemptions were granted following a long negotiation process. At the same time, Trump’s pro-business tax policies are good for the US economy and will likely contribute to increased consumption and strong markets. A stronger dollar is also good for us in SA as long as we can continue exporting as it increases our Rand based income.
On the flipside – a Biden win could signal better diplomatic and trade relations between SA and the US. Biden could possibly be softer on trade regulation, however it is unclear as to how a Biden administration would actually affect the US economy as the Biden campaign has been torn in two. It is clear Biden is trying to please two different supporter bases (the far left and the moderates) and there is no doubt someone will be disappointed in the long run.
In short – a Trump win will probably mean very little change from the current narrative. A Biden win risks a move by the US towards increased socialist policies which could weaken it economically. At this stage many pundits are predicting a clean sweep for the democrats – meaning they will control the House, the Senate and the White House. This would mean the democratic party can push their agenda without any resistance. With the democrats in control, relations with SA will improve and trade could become more positive for us.
________________________________________
HOT UPDATE:
Want to make Gains of 243%, 21.98%, 111%...
but have no Time to Research?
A small group of private Pickpocket Traders are making fast gains like 243% from the rand in 8 days, 111% from Ozzie dollar in just 15 days and a quick 21.98 from a pound/yen play.
The amazing thing is it only takes them 5 minutes – to call their broker and make the trade. All the work is done for them… what to buy – when to buy – and what profit to hold out for. If you want to join them and make fast gains… hassle free, look no further!
Read on to find out how you can get in on the next big gain!
________________________________________
Upcoming SA elections are more important for investor confidence than ever before
Later in 2021 SA will have its local elections.
These will have a far greater effect on us as South Africans, as well as on investors.
SA’s economy is in trouble, and our government needs to create policy certainty and take a firm stance on corruption.
Criticism aside – President Ramaphosa has done a lot to fix things following the Zuma years and state capture. But we are in a race to the bottom – and the question is whether reform can happen faster than the pace at which we are heading for bankruptcy.
The opposition (Democratic Alliance) lost a lot of ground in the past two years due to infighting and internal politics. But the first prize in my opinion would be a DA controlled Gauteng. If that is not enough of a wake up call for the ANC to clean up its act – nothing will be.
Here’s to unleashing real value
Francois Joubert
Editor, Red Hot Penny Shares
Tags: francois joubert, election, stock market, investing,

How do elections affect the stock market?
Rate this article
Note: 4.17 of 3 votes