How to use net Yards per Play to successfully predict your next NFL bet! 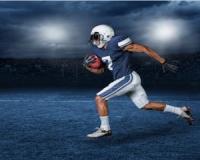 It's crucial for all sports bettors to evolve their NFL betting strategy.

That's if you want to be on the winning end of the bet!

And the best way is to look at net Yards per Play to find your next profitable opportunity.

It's a simple calculation that exploits discrepancies in the football market.

Final Outcome
While Net Yards per Play can’t alone dictate the outcome of any game, they do provide you with some valuable insights as a great starting point.
You can also factor in Home Field Advantage, the team roster as well as players benched due to injuries into your analysis for an even better chance to work out who will win the match on game day.
Until next time,

How to use net Yards per Play to successfully predict your next NFL bet!
Rate this article
Note: 5 of 1 vote