How you can make massive returns off other people's money 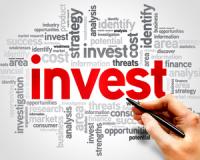 I have a number of interests in private businesses. One startup that I invested money in is about to pay off in a big way.

Suddenly I'm getting calls from investors wanting in on the opportunity….

But mere months ago - when the startup was burning through capital in order to get its products market ready investors didn't even want to give it a second glance.

They were saying that there's no sales there, the company is eating through cash, - and it is too risky.

But I wanted the business to burn through cash. We needed to build a production facility and get a distribution network in place.

What does matter though is how effectively the money is used.

It should be clear to you, which is the preferable choice.

Listed companies and shares work in a similar way to private companies.

But, unlike private companies, there's a way for you to make big returns off other people's money.

Even when you weren't an early investor…

How you can make massive returns off other people's money
Rate this article
Note: 3.33 of 6 votes