Investors are looking left… when they should be looking right 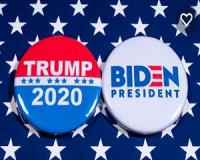 The only thing on investors' minds right now is the US election.

At the time of writing the final votes have yet to be tallied. Right now, many battleground states are still up for grabs, with Pennsylvania looking like the key to victory.

Trump has already claimed the win and approached the courts filing multiple lawsuits in most of the swing states. He's demanded a recount in Wisconsin. And of course, after the quick swearing in of the Republican Supreme Court Justice Amy Coney Barrett, if this election result is decided in the courts, Trump will have a distinct advantage.

The Senate is also looking like it will move back into Republican hands. This means there will be no “blue wave” in which the Democrats will control the Senate, the House of Representatives, and the White House. And yet, still the odds favour Biden for president. Long before Americans went to the polls, we knew that mail-in votes, which will come through later in the count, would help Biden.

The next 24 hours will be critical!

The action in financial markets over the last 48 hours has been frenetic.

Our local currency drifted down to around R16.00/$ before shooting up to R16.40/$ as it became apparent that the election pollsters knew absolutely nothing about predicting who would win the so-called swing states. Trump once again defied the predictions. But when nerves settled, and a semblance of sanity returned, the rand broke the important R16.00/$ level and headed all the way down to R15.81/$. I believe the volatility is giving you an excellent time to buy US Dollars.

At the same time, the Tech heavy Nasdaq spiked and dropped almost 5%. An enormous number when you consider the market capitalisation of its constituent companies. Many times, the value of the entire South African market was being created and destroyed in minutes.

Investors are looking left… when they should be looking right
Rate this article
Note: 5 of 2 votes