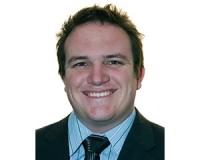 Extremely wealthy people don't invest in ETF's. They don't buy properties from estate agent listings… They buy into private deals. They buy businesses before they even list on the stock market…

And, they typically do the opposite of what textbooks tell you to do…

They don't invest in hundreds of businesses and ‘diversify' their holdings by industry, country and market… They tend to concentrate their capital into a small number of high growth opportunities for longer periods.

While they can't sell their investments as fast as you can on the stock market, they gain value and certainty.

Extremely rich people make these deals all the time.

So what does this have to do with you?

And you might never be in the room when a company that is in the process of rolling fibre optic networks throughout the country offers shares to a select few investors.

But if you look, you can find a few incredible opportunities like this in the stock market!

You see, there are hundreds of businesses in the R100 – R1 billion range in South Africa.

Many of them are not yet willing to list on the stock exchange.

And these often include private equity funds and equity investment funds that are listed on the JSE.

Investors have seen two of the three greatest market crashes in history since 2000. And the next one could be right around the corner.

That’s why the best way to survive the next crash is to use the same system that historical testing shows would have thrived during the last two. Get the details here.


Two options to invest ‘alongside’ the rich

Patrice Tlhopane Motsepe earned a LLB in 1988 and became the first black partner in the prestigious Bowman Gilfillan law firm in 1994.

Now he’s founded another business that’s set to make him even richer.

It is invested in around 34 different companies. The majority of them are unlisted companies, with the single largest investment being in RAIN (and Metrofibre) which is a telecoms company specifically operating in the data provision space.

That means you get it today at a 27% discount to its real worth.

And that’s while the company still sits with a massive R1.98 billion bank balance to make further investments…

This is the ONE wealth-building strategy that can help you build a significant retirement fortune.

We'll let you try it out for six whole months under no-obligation
AND take more than R400 off the normal price.


Ethos Private Equity is the largest private equity firm in sub-Saharan Africa. The company gets large investments from institutions and investors with millions to spare.

It then invests in small, unlisted companies and grows them much bigger. In fact, it often then lists the companies it invested in in the first place. Just think about companies like Transaction Capital, Holdsport and Alexander Forbes.

Over the years it has returned investors, more than 37% annualised effective growth a year.

Best of all 93% of all the investments Ethos has made have returned more than DOUBLE the money initially invested!

When it listed, Ethos raised R1.8 billion from investors, at R10 per share.

It listed in mid-2016. Then the company started making investments. At this stage, it has not yet invested all of the cash it raised.

So what is Ethos invested in? We’re talking about businesses such as Autozone, Twinsaver, Primedia, Waco and Eaton Towers.

Eaton Towers for instance is a little known company I find very attractive. It builds and leases cell towers to mobile operators across Africa.

Or Eazi Access, which is an industrial machinery rental group.

And then there’s even MTN Zakele – the MTN BEE scheme – which Ethos has also invested in.

If you love soccer and like the idea of winning big amounts to small stakes, then you're going love this!

Every Friday evening I’ll be sending my readers simple, step-by-step instructions on what bets to place to reap the rewards.

Overnight the market could realize the value proposition in these shares. Not only the massive opportunity to invest in fast growing companies that are unavailable to ordinary investors, but also the massive discount both these shares offer on their listing prices and the value of their investments.

When that happens, you want to have already bought in on these shares…

P.S: Click here now and find out why a select group of savvy investors are scrambling to get their slice of the energy revolution

In the Passport Report you’ll have access to information that reveals:

All this and much more when you order your very own copy of the Passport Report
.

"It's not often I give up details on two great shares to buy
Rate this article
Note: 4.4 of 5 votes