Its finals time!! This is your last chance to profit from the 2019 Rugby World Cup... 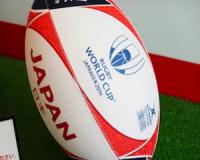 The 2019 Rugby World Cup is almost at an end but there are still two opportunities for us to profit!

Third and fourth place will be decided on Friday between the defending champions and Wales.

While South Africa look to take on England on Saturday, in what will be considered the most important game of the tournament.
Will South Africa stun the world and lift the Webb Ellis Cup?
Will England win their second Rugby World Cup title?
Can New Zealand come back from their semi-final defeat?
And is it not too late for Wales to upset the natural order of things?
All these questions will be answered soon…
But first, let’s breakdown our two opportunities to profit.
________________________________________
4 out of 4 game predictions on the mark!
There's still time to profit from the 2019 Rugby World Cup
if you know how!
Learn the simple secret of taking the gamble out of gambling
________________________________________
New Zealand vs Wales
New Zealand were out played against England while Wales lost a close game to South Africa, putting both teams in contention for third place.
While this may be a fixture both teams wish they weren’t playing, there is still a lot on the line, as both head coaches will be departing after this tournament.
And I expect both teams to give their coaches one last tribute.
New Zealand have made several changes to their team for their upcoming match with Wales, and so has Warren Gatland.
Team updates:
New Zealand: 15 Beauden Barrett, 14 Ben Smith, 13 Ryan Crotty, 12 Sonny Bill Williams, 11 Rieko Ioane, 10 Richie Mo’unga, 9 Aaron Smith, 1 Joe Moody, 2 Dane Coles, 3 Nepo Laulala, 4 Brodie Retallick, 5 Scott Barrett, 6 Shannon Frizell, 7 Sam Cane, 8 Kieran Read (capt).
Replacements: Liam Coltman, Atu Moli, Angus Ta’avao, Patrick Tuipulotu, Matt Todd, Brad Weber, Anton Lienert-Brown, Jordie Barrett.
Wales: Hallam Amos; Owen Lane, Jonathan Davies, Owen Watkin, Josh Adams; Rhys Patchell, Tomos Williams; Nicky Smith, Ken Owens, Dillon Lewis; Adam Beard, Alun Wyn Jones (capt); Justin Tipuric, James Davies, Ross Moriarty.
Replacements: Elliot Dee, Rhys Carre, Wyn Jones, Jake Ball, Aaron Shingler, Gareth Davies, Dan Biggar, Hadleigh Parkes.
Prediction: New Zealand by 15
________________________________________
There's takeover opportunities everywhere!
If you’d bought stock just before these companies were taken over... I'm talking about Absa, SA breweries, and more recently Clover and Pioneer Foods they 'would likely [ have been] some of the best investments, you could have made says analyst Francois Joubert.
Now, a similar opportunity is building. But this unfolding story is a lot BIGGER
This time around, a certain set of ‘spin off’ companies could be about to break up the JSE.
________________________________________
England Vs South Africa
After Eddie Jones’ squad were able to take down arguably the best rugby nation in the tournament, they now face South Africa who are considered the second best rugby nation in the tournament.
England are looking like they have what it takes to win their second rugby world cup title.
However, England have a number of injuries and in response to this have made some changes to their team.
While South Africa will only have one replacement.
Team updates:
England: Elliot Daly; Anthony Watson, Manu Tuilagi, Owen Farrell, Jonny May; George Ford, Ben Youngs; Mako Vunipola, Jamie George, Kyle Sinckler; Maro Itoje, Courtney Lawes; Tom Curry, Sam Underhill, Billy Vunipola.
Replacements: Luke Cowan-Dickie, Joe Marler, Dan Cole, George Kruis, Mark Wilson, Ben Spencer, Henry Slade, Jonathan Joseph.
South Africa: Willie le Roux; Cheslin Kolbe, Lukhanyo Am, Damian de Allende, Makazole Mapimpi; Handre Pollard, Faf de Klerk; Tendai Mtawarira, Bongi Mbonambi, Frans Malherbe; Eben Etzebeth, Lood de Jager; Siya Kolisi, Pieter-Steph du Toit, Duane Vermuelen.
Replacements: Malcolm Marx, Steven Kitschoff, Vincent Koch, RG Snyman, Franco Mostert, Francois Louw, Herschel Jantjies, Frans Steyn.
Prediction: England by 3
Until next time,

Its finals time!! This is your last chance to profit from the 2019 Rugby World Cup...
Rate this article
Note: 5 of 1 vote