Kick-off is this Friday and here are your English Premier League Predictions! 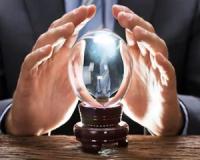 Can anyone stop Pep Guardiola and Manchester City?

Will this finally be the year for Liverpool to be crowned champions?

Will Tottenham's new stadium be the answer they need?

It's that time of the year again…

My crystal ball is polished and ready to make some bold predictions for this Friday's English Premier League kick off.

In today's article we will look at this weekend's fixtures and make some predictions for the first round of the 2019/2020 English Premier League season.
________________________________________
Imagine turning R5,000 into a R9,412 in as little as 8 days
Now, imagine doing that 10 times a year... while at the same time putting a steady stream of double-digit profits in your pocket... gains like 29.93% in 32 days… 45.61% in 52 days... and 20.37% in 9 days.
You’re about to learn how you can book gains just like these… month in and month out… whether the markets are rising or falling.
________________________________________
This week’s English Premier League predictions
• Liverpool vs Norwich City
The opening game of this season will see last season’s runner up Liverpool host Norwich City. While Liverpool will be down their star attackers Salah, Mane and Firmino due to their involvement in international tournaments. I still see Liverpool at home winning.
Outcome: Liverpool
• West Ham Utd vs Manchester City
West Ham will host the defending champs Man City this Saturday. While West Ham have had a record signing of Sebastien Haller from Eintracht Franfurt, the numbers favour the defending champs and so will I.
Outcome: Manchester City
• Crystal Palace vs Everton
These two teams are evenly matched with Crystal Palace at home. The odds are slightly in favour of Everton to win the away game. In what will be a game won on fine margins I will be going with the home team.
Outcome: Crystal Palace
• Burnley FC vs Southampton
Burnley and Southampton both ended their seasons next to each other finishing 15th and 16th respectively. However, home field advantage will play a big role here as both sides have an implied probability that is almost identical. Both sides are evenly matched and go into this fixture with a level ability. On paper this will be a close match.
Outcome: Draw
• Watford vs Brighton
Watford may repeat their victory against Brighton as the hornets finished comfortably in mid-table last season as well as reaching the FA Cup final. Brighton however, finished one place above the relegation zone and have failed to win any of their last nine league matches.
Outcome: Watford
• Bournemouth vs Sheffield United
On paper this should be Bournemouth’s easiest game of the season as newly promoted Sheffield United are projected to be the joint-worst team in the league. With an implied probability of 51% I see this as an easy way to boost your bankroll.
Outcome: Bournemouth
• Tottenham Hotspur vs Aston Villa
Tottenham are heavily favoured to win when they host newly promoted Aston Villa. However, Tottenham did suffer eight away defeats including five in a row at the end of the season. But with a new season and new prospects as well as home field advantage, I will go with Tottenham here.
Outcome: Tottenham Hotspur
________________________________________
From the man who bought bitcoin for just $12…
“If you want to make a killing from cryptocurrencies – read this book as FAST as you bloody can!”
Anyone with a tiny stake to spare could reap thousands – even tens of thousands of rands – from this erupting financial market.
That’s why I’ll rush out your personal digital copy for just R100.
That’s it. For a limited time, R100 is all it costs to get your guide to the biggest wealth creation event in history…
CLAIM YOUR BOOK IMMEDIATELY
________________________________________
• Leicester City vs Wolverhampton Wanderers
With potentially the most exciting young squad from Leicester City this could end up being a very exciting game as Wolves have an evenly matched team as well. With the wolves favoured to win this fixture I feel the home field advantage places them in the same boat.
Outcome: Draw
• Newcastle vs Arsenal
Arsenal will look to improve their standings, with some exciting new signings, most notably Nicolas Pepe. Newcastle on the other hand have lost Rafa Benitez due to contract disputes. Arsenal are favoured to win this fixture and with an implied probability of 50%, I’ll be placing my money on Arsenal.
Outcome: Arsenal
• Manchester Utd vs Chelsea
With both teams looking to get a head start in this Premier league season this fixture could end up being decided by one goal either way. Manchester United are also undefeated in 15 out of the last 17 home games as well as being slightly favoured by the odds and with home field advantage on their side they may just walk away victorious.
Outcome: Manchester United
So, there you have it, the first round of predictions for week 1 of what will be an exciting English Premier League season.
If you’re looking more tips and ways to make money this season, make sure you sign up to The Winning Streak. I’m offering a risk-free 30-day trial, so don’t miss out on some of the best bets in town.
Until next time, Kick-off is this Friday and here are your English Premier League Predictions!
Rate this article
Note: 3.1 of 5 votes